Ethan and Olivia Were Most Popular NYC Baby Names in 2015 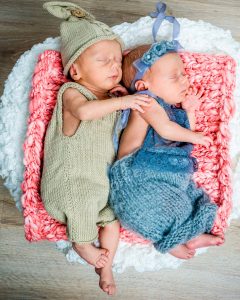 Ethan and Olivia were the most popular names for boys and girls, respectively, born in 2015, according to data released by the New York City Health Department on Wednesday.

On the boys’ side, Ethan held onto the top spot for the second straight year. The second-most-popular boy’s name in 2015 was Liam, followed by Noah, Jacob, Jayden, Matthew and David. Daniel and Dylan were tied at number eight, and Aiden was number 10.

The Health Department statistics also breaks down the names by four races: Latino, Black, White, and Asian & Pacific Islander. Biblical and Jewish-sounding names are prominent on the top-10 list of most popular names of white babies. On the girls’ side, Leah is number three, followed by Sarah, Esther, Rachel and Miriam. Chaya is number nine. On the boys’ side, David is the most popular name among white babies, followed by Joseph, Moshe, Jacob, Benjamin, Michael and Samuel. Alexander is number 10.