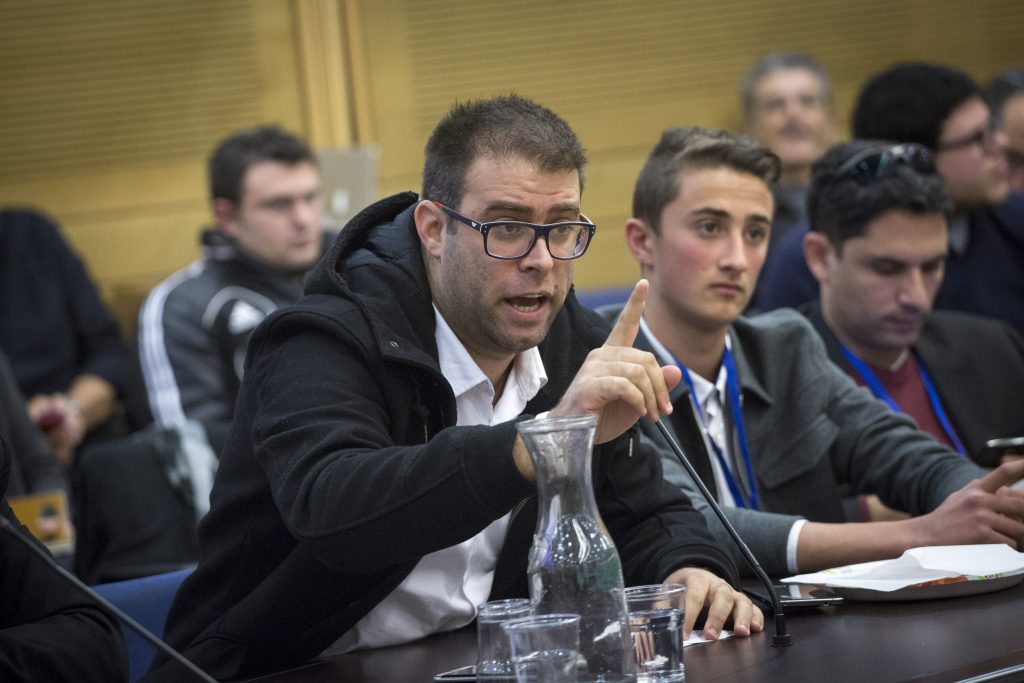 A debate over whether certain critics of Israel’s military should be banned from academic institutions ignited emotions in the Knesset on Wednesday, leading one MK to accuse another of being a traitor, The Times of Israel reported.

The bill, proposed by Education Minister Naftali Bennett, is primarily directed at the Breaking the Silence organization, but gives the education minister the power to ban any group deemed hostile to the IDF from entering schools.

The army veterans of Breaking the Silence has repeatedly assailed the IDF for alleged human rights abuses and has brought down on themselves accusations of being politically motivated, dishonest and disloyal.

Likud MK Amir Ohana told the Education Committee the group is part of “the industry of lies against the State of Israel and the soldiers of the Israel Defense Forces,” while adding that “we need to put an end” to the group’s “poison.”

The head of the opposition Meretz party, MK Zehava Galon — who formerly headed the leftist watchdog B’Tselem — described Breaking the Silence as a “patriotic organization,” saying that “all that its opponents are interested in is setting up a paranoid educational system that can’t cope with criticism.”

It was then that Likud MK Oren Hazan called her a “traitor.” To which Galon responded that “our children fight no less than yours and die no less than yours,” and said Hazan and other proponents of the bill are “cowards and hypocrites.”

Matan Peleg, CEO of the right-wing Im Tirtzu NGO, told lawmakers that Breaking the Silence is “an organization that accuses not only the IDF, but all of Israeli society, of war crimes.” He called it “a dangerous propaganda organization that has no connection to education.”

MK Yaakov Margi (Shas), who chairs the Education Committee, said that it would reconvene in the near future to continue the discussion.