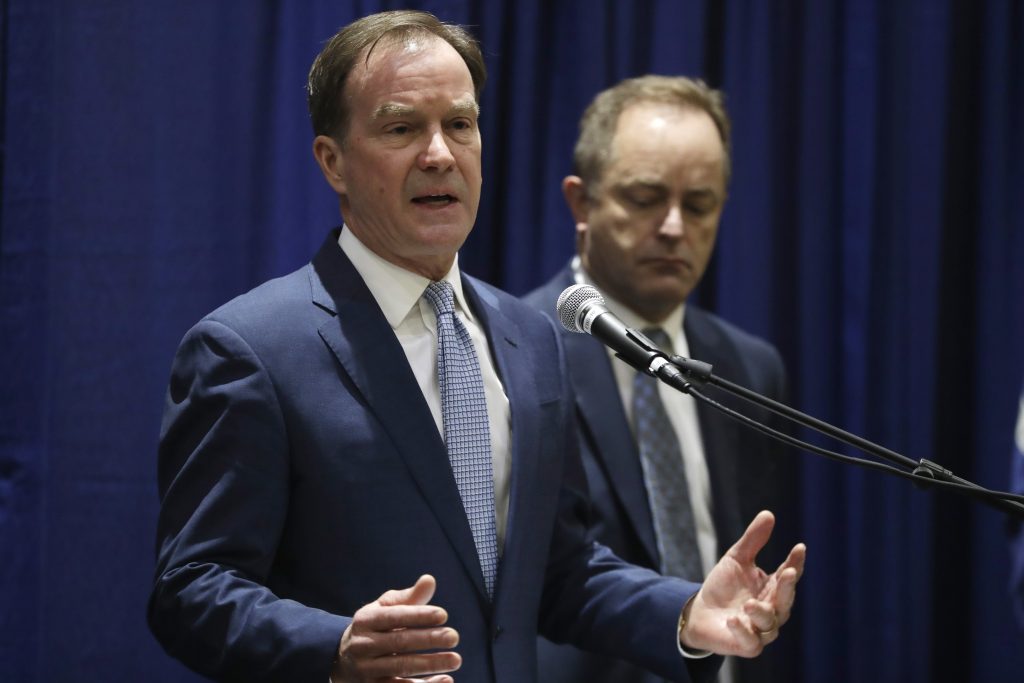 Schuette brought 20-year felonies charges against defendants he alleged conspired to operate the Flint Water Treatment Plant when it wasn’t safe to do so and used a phony environmental order to allow Flint to borrow money to proceed with the Karegnondi Water Authority pipeline, while tying Flint to the Flint River for its drinking water in the interim.

Officials pushed ahead with taking the city’s drinking water from the Flint River in April 2014, despite the fact they knew well that the Flint Water Treatment Plant was not ready to deliver safe drinking water, Schuette and his investigators alleged at a Tuesday news conference.

“So many people knew that that plant was not ready — and yet it was done,” said Andrew Arena, the former special agent in charge of the FBI in Detroit, and now Schuette’s lead investigator. “That’s the thing that shocked me.”

Flint Mayor Karen Weaver said Tuesday she sees the charges as a broader indictment of the state’s emergency manager system for financially distressed cities, in which an appointed official from outside takes powers stripped from the elected mayor and council.

“It’s taken the voice of the people and taken our democracy,” Weaver told reporters after the charges were announced.

Jeff Seipenko, a special agent with the Attorney General’s Office, told Judge William Crawford II that the investigations showed the former emergency managers conspired with Croft and Johnson to enter a contract based on false pretenses that bound the city of Flint to utilize the Flint River as its drinking water source, “knowing that the Flint Water Treatment Plant was unable to produce safe water.”

After being advised to switch back to water treated by the Detroit Water and Sewerage Department, Earley and Ambrose failed to reconnect to the city’s former water supply, Seipenko said.

As a result, he said, Flint residents had prolonged exposure to lead and Legionella bacteria.

All four defendants face felony charges of false pretenses and conspiracy to commit false pretenses. In addition, Earley and Ambrose were also charged with willful neglect of duty and misconduct in office.

“We’re back in Flint — the city where so many things went terribly wrong, but where those who broke the law will be held accountable, and justice will be delivered to the families of Flint,” Schuette said at Tuesday’s news conference, where he was joined by Todd Flood, a Royal Oak attorney who is serving as Schuette’s special counsel on the case.

“We’re much closer to the end than we are to the beginning, but we’re not at the end,” Arena said.

“There are some people out there who know they’ve done wrong and they know we’re coming after them,” he said.

The latest charges bring the total number of people charged by Schuette to 13.

Previously, Schuette brought charges against eight current or former State of Michigan employees and one City of Flint employee.

Flint’s drinking water became contaminated with lead in April of 2014 after the city, while under the control of a state-appointed emergency manager, switched from treated water supplied from Detroit to raw water from the Flint River, which was treated at the Flint Water Treatment Plant.

Michigan Department of Environmental Quality officials have acknowledged a mistake in failing to require corrosion control chemicals to be added to the water. As a result, lead leached from pipes, joints and fixtures into Flint households.

Officials are also investigating possible links between the water switch and outbreaks of deadly Legionnaires’ disease in the Flint area.

Though lead levels in the water have come down significantly since the state acknowledged the contamination around Oct. 1, 2015, residents are still advised not to drink tap water without a filter. Many still rely on bottled water, which can be picked up free at distribution centers in Flint.