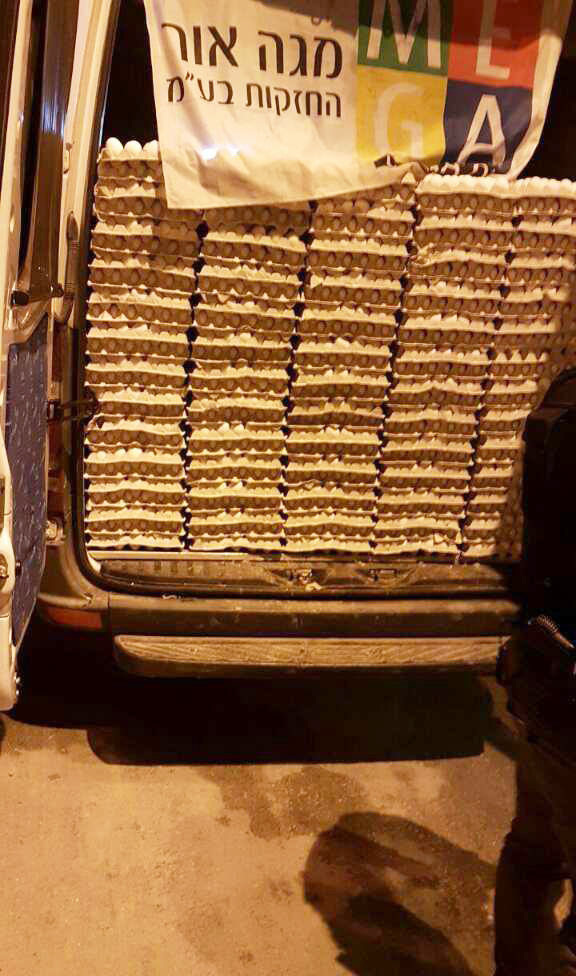 Arab egg smugglers tried a new twist in their never-ending efforts to bring “illegal eggs” into Israel – this time chartering a passenger van for them. It didn’t do them any good, however; police discovered the eggs hidden in the van, and confiscated them and the vehicle.

Altogether some 9,000 eggs were found in the vehicle, kept in an area of the van where they were in contact with areas of the vehicle heated by the engine. That’s a recipe for the development of all sorts of bacteria, including salmonella, which has been a major problem in the Israeli food supply chain in recent weeks. The driver was detained, and the eggs were picked up by Health Ministry workers and destroyed.

Generally, eggs of this type that are confiscated originate in Palestinian Authority-controlled areas of Yehudah and Shomron, and police are investigating if that is where these eggs came from. Often, shipments of such eggs are confiscated as they are transported through IDF checkpoints, but the fact that these eggs had passed through and were already in Israel proper – which means they could have been sold to consumers, caterers, food manufacturers or the like – made the situation especially dangerous, police said.

Commenting on the seizure, a police official said that “true, the driver did not try to smuggle weapons, but we believe that the public is in great danger from egg smuggling as well. We will continue to act professionally and with determination against any efforts to smuggle eggs.”