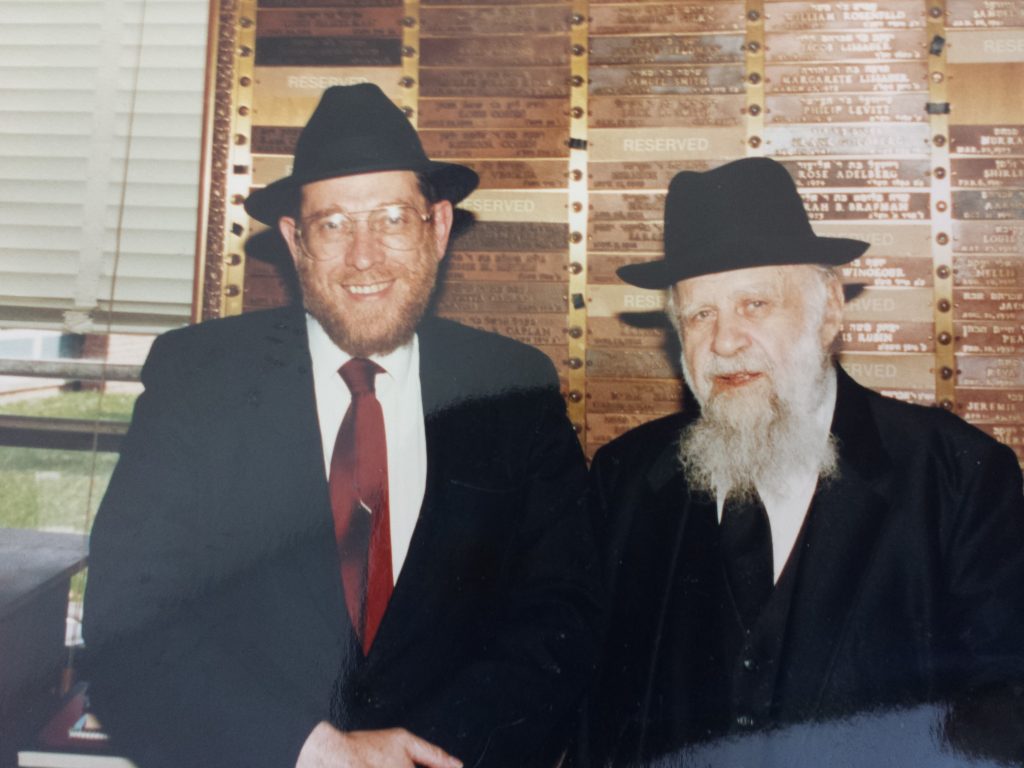 The Baltimore community gathered today to pay kvod acharon to Harav Zev (Velvel) Rosen, zt”l, a man who contributed so much to the landscape of that city. As Menahel for Yeshivas Kochav Yitzchok/Torah Institute of Baltimore, Harav Rosen educated a generation of talmidim who received a chinuch of Torah and yiras Shamayim, al pi taharas hakodesh.

Harav Rosen grew up in New York in the 1930s. His father felt that New York at that time was not the best place to raise a ben Torah, and therefore when Velvel was only 11 years old, he was sent to learn in the Telshe Yeshivah in Cleveland. Harav Rosen remained in Telshe for the next 25 years, becoming a true talmid of the Telshe derech, imbibing Torah and yiras Shamayim from Harav Elya Meir Bloch, Harav Mottel Katz, Harav Mordechai Gifter and Harav Chaim Stein, zecher tzaddikim livrachah. The Roshei Yeshivah took their young talmid under their wing, and Reb Velvel would fondly recall how he “prepared his bar mitzvah pshetel on Reb Mottel’s lap.”

After he married, he spent eight years learning in kollel, something uncommon in those days, and then taught in the mesivta in Cleveland for several years. Approximately 40 years ago, he accepted a position as Menahel in Baltimore, in the cheder that was then known as Yeshivas Shearis Hapleita.

When first arriving in Shearis Hapleita — now known as Yeshivas Kochav Yitzchok— the cheder had only 80 talmidim. During Harav Rosen’s tenure in the cheder, it grew by leaps and bounds, and now has more than 500 talmidim. Harav Rosen shaped the cheder in many ways, and led it to become a premier makom Torah in this country. Under his direction, the cheder added many extracurricular activities, for which it has become well known, including the famed Chemdas program, a shakla v’tarya program, and a taryag mitzvos program.

Rav Rosen felt a tremendous love and achrayus for every talmid and for every rebbi. At times, the cheder had trouble meeting its obligations to the rebbeim, and he would spend countless hours arranging to borrow funds, taking personal responsibility for the loans, in order to make the payroll. He would not take his own paycheck until every single rebbi was paid.

When inclement, wintry weather would arrive, Harav Rosen would rise early in the morning to drive to the cheder to see if the roads were passable. He would not rely on the weather reports. If he had to cancel school, he would do so with deep regret. He was once asked, “What is the most difficult decision you need to make as a Menahel?” He responded, “To decide between v’nishmartem l’nafshoseichem and bitul Talmud Torah on a snow day.”

He was a talmid chacham and a masmid, and his children attested that they would often find him sitting at the table and learning late into the night. He learned Mishnayos in depth, and committed sedarim of Mishnayos to memory so that he would always have something to learn. In shul, between aliyos, he always learned perek Hakoneis in Maseches Bava Kamma, reviewing it over and over. One Shabbos, the Rosen family was in New York, and heard that the shul where they would be davening did not have a Shas. Rabbi Rosen was not sure what he would do about his regular seder. However, when they arrived at shul on Shabbos morning, the Rav proudly showed him that they had just that week acquired a Shas!

Learning Torah and davening were extremely dear to him, and during the last few years, even when he was very sick and weak, this is what gave him chiyus.

Rav Rosen was a gentle person with a regal demeanor. Family members testified that he was “kadosh v’tahor,” and that they never saw him become angry or heard him speak lashon hara. He measured his words carefully, and was full of ahavah for others. He was zocheh to raise a beautiful family, banim uv’nei banim, oskim baTorah u’mitzvos.