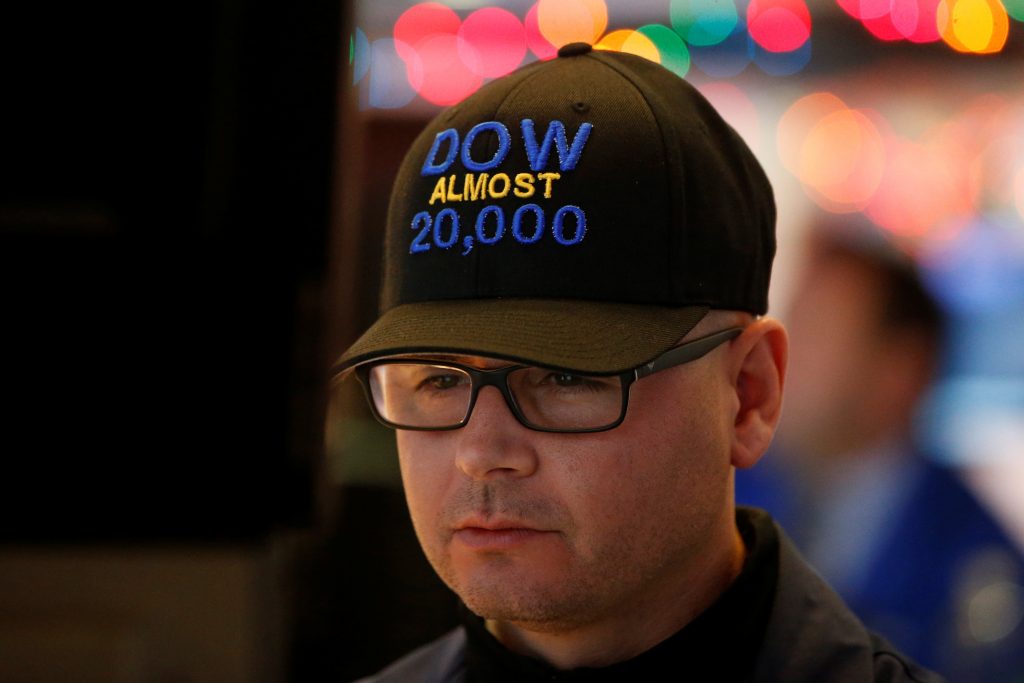 U.S. stocks were off their highs but continued to hover near record levels on Thursday, as investors viewed the Federal Reserve’s interest-rate outlook as a sign of confidence in the economy.

The Fed sees three rate hikes next year instead of the two foreseen as of September, partly as a result of the changes anticipated under President-elect Donald Trump.

The central bank’s decision to raise rates comes as Trump, who will be sworn in next month, is expected to cut taxes and boost spending on infrastructure.

“Investors are buying Yellen’s story that the rate hike is a vote of confidence in the economy,” said Dave Donabedian, chief investment officer of Atlantic Trust in Boston.

“The economy is growing, the job market is strong and … monetary normalization can proceed.”

Since the presidential election, stocks have rallied on bets that Trump’s business-friendly proposals will stimulate the economy.

Still, there are some concerns that the rally has gone too far too soon and that valuations are slightly stretched.

“The recent rally is based on sentiment and ‘back-of-the-envelope’ calculations regarding how the tax reform will help companies. The reforms haven’t happened as yet,” said Donabedian.

Ten of the 11 major S&P sectors were higher, with the financial index’s 1.40 percent rise leading the gainers. The index touched its highest level since Feb 2008 earlier in the day.

JPMorgan, Wells Fargo and Bank of America were up between 1.5-2.5 percent, boosting the S&P. The Dow was lifted by a 4.3 percent jump in Goldman Sachs .

Economic data on Thursday showed that U.S. consumer prices moderated in November, but the underlying trend continued to point to firming inflation pressures.

Yahoo fell 4.8 percent to $38.95 after the technology company disclosed a second massive data breach that raised fears Verizon might kill a deal to buy its core internet business. Verizon was up 0.7 percent at $52.02.