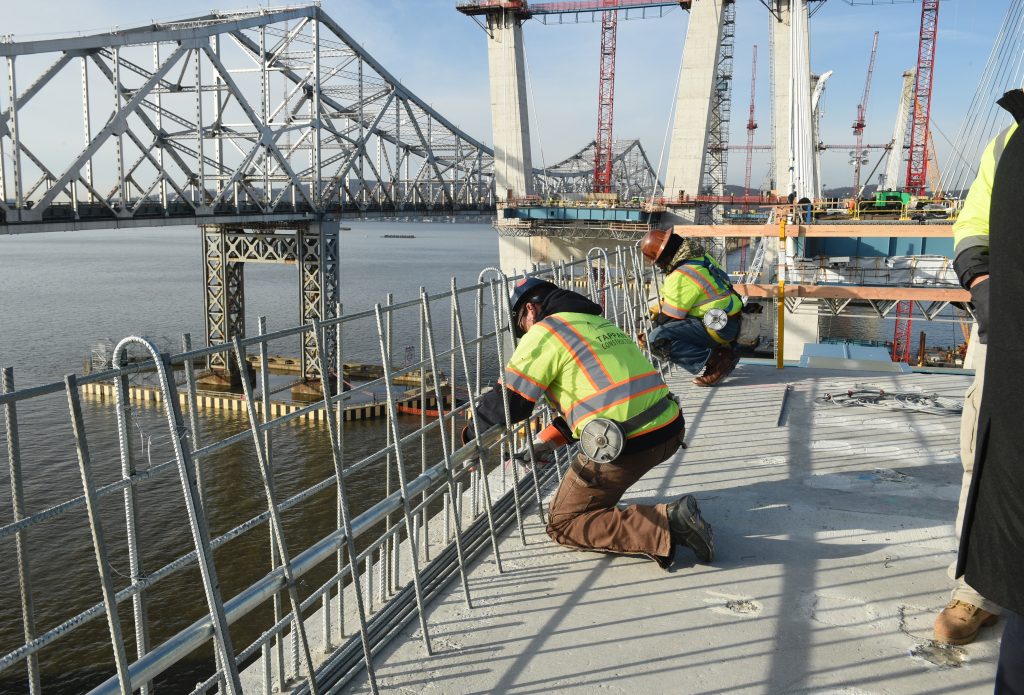 Work on the new $4 billion Tappan Zee Bridge on the Hudson River north of New York City has hit a major milestone.

State officials say construction crews have topped off the eight main bridge towers and will pour the final concrete this week.

Democratic Gov. Andrew Cuomo celebrated the accomplishment with a visit Tuesday to the bridge’s Westchester side. He said the new span is expected to open on schedule in 2018.

In addition to the eight bridge towers, 90 percent of the bridge’s support structures have been completed. More than 220 million pounds of steel and 300,000 cubic yards of concrete will go into the bridge.

The existing bridge serves an average of 140,000 vehicles each day.