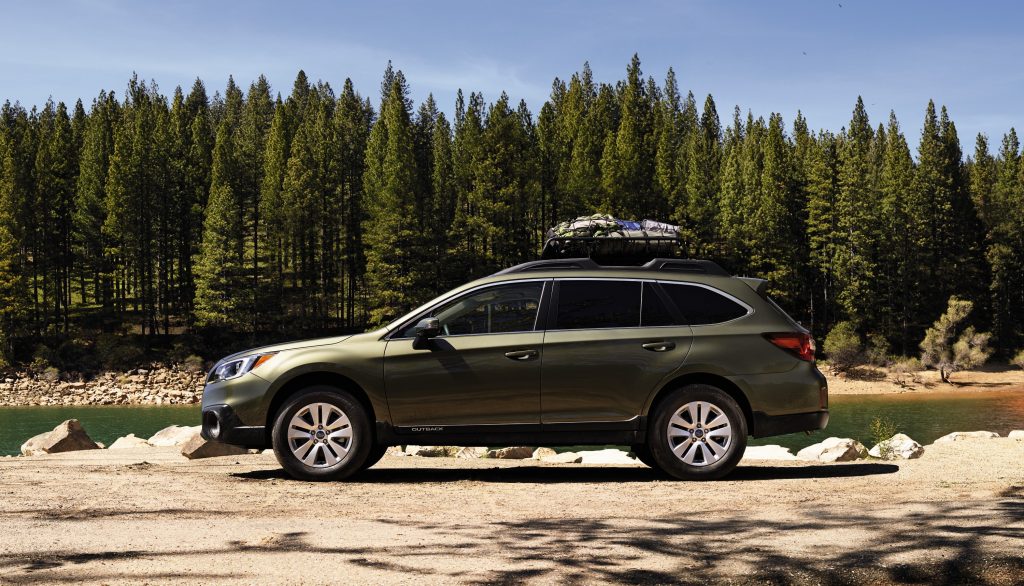 The 2005 Outback was the first car I ever bought new off the dealer floor. And it broke my heart.

The Subaru capped a succession of well-preserved, low-mileage used cars, diamonds in the rust, starting with a 1951 Chevy panel truck for which I paid $90, followed by a 1961 Ford Falcon that cost me $300. Then came a series of VWs, Datsuns, Toyotas, Volvos and Fiats, along with an occasional Buick Skylark or Le Sabre thrown in for good measure.

These classics, compromised by time, were homely, humble daily drivers that all required a great deal of daily maintenance. By 2005, I was tired of having to carry a full toolbox everywhere I went.

The sturdy but stylish Outback was the best car I’d ever owned, and I took it everywhere. Armed with all-wheel-drive, ABS-enabled disc brakes, a powerful six-cylinder engine, a full complement of air bags, a sunroof and a roof rack, it mastered sand in the desert and snow in the mountains.

Though it got there and back in comfort and style, it quickly developed problems. There were little issues like window seals that didn’t seal, more pressing matters like defective timing chain tensioners and crucial failures in transmission and suspension.

If I hadn’t had the wisdom to pry a 100,000-mile, bumper-to-bumper warranty out of the dealer, the Outback would have wiped out my wallet before it wore out my patience.

Eventually, it did both. At 180,000 miles, the Outback fell prey to a common Subaru problem and blew a head gasket. Though the car was still drivable, it became subject to occasional but violent fits of overheating.

I was done. A man who didn’t want tell me his name or his plans for the car answered an online ad and paid me in cash to take the Outback off my hands.

So it was with mixed feelings that I stepped into the 2017 Subaru Outback.

The Outback Touring HDL model I drove is powered by a 3.6-liter, six-cylinder engine, and, like my 2005, grips the road beautifully through a symmetrical all-wheel-drive powertrain and six-speed automatic transmission.

It now has a manual mode, for paddle shifting, and also, unlike my old one, comes standard with hill hold and X-mode — a system that controls downhill coasting speed when the driver is concentrating on rocks, ruts or ditches.

While these are not necessary for my commute, they are part of the off-road capability that has made Subaru the bestselling brand in rural, rugged states such as Washington, Maine and Colorado.

The vehicle has a generous collection of air bags and driver assistance programs, including blind spot detection and a lane departure warning system that was alert to any straying left toward the double yellows but was strangely indifferent to the car drifting to the right.

The car also has a “Hey, wake up, dummy” alert, telling the driver that the car in front, at a stoplight or in a traffic jam, has begun to move.

The cabin space is generous — though I found the driver’s cockpit a little narrow — with plenty of back seat headroom and legroom. The relatively narrow A and B pillars make for good visibility, increased by a back-up camera.

The rear seats fold flat, adding to the already generous cargo space in the hatchback area.

Underneath that, there’s even a full-size spare, an increasingly rare “accessory” on new cars.

The big engine packs plenty of pep. Around town, acceleration is good, as is freeway passing power.

The price to pay for that is in fuel economy, which as on previous models isn’t great. This drivetrain promises a combined maximum highway score of only 27 miles per gallon. (The lower-priced, four-cylinder Outbacks, fitted with 2.5-liter engines, boast 32 miles per gallon on the highway.)

Braking is smooth and confident, and that AWD drivetrain holds the road nimbly. I wished it had been snowing someplace nearby, or raining hard enough to make mud puddles, so I could have put this to a real test. My experience suggests it would pass beautifully.

The Outback has a five-star safety rating, for frontal and side crashes, and a four-star rating for rollovers. It feels safe, too — planted, solid and sure-footed.

But, in the long run, would it break my heart again?

Consumer Reports put the Subaru in its “reliable” category in its most recent dependability report. Beaten badly by Lexus and Toyota, and slightly trailing Kia, Mazda, Hyundai, Infiniti, BMW and Honda, Subaru placed 11th in a field of 29 automakers. That put them slightly ahead of well-regarded brands like Acura and Nissan, and far in front of Volkswagen, Jeep and Fiat.

But this year the company issued a recall on 52,000 Outbacks and Legacy sedans, telling owners to stop driving them and dealers to stop selling them until a possible steering malfunction could be repaired.

Then, in early October, the company issued a recall of 100,000 turbocharged models that were at risk of catching fire. Later that month, about 600,000 Legacy and Outback cars built between 2010 and 2014 were recalled for faulty windshield wiper motors that could also catch fire.

Subaru sales have remained high. At the recent AutoMobilityLA, the precursor to the LA Auto Show, the company announced that it had enjoyed 59 straight months of sales increases, and expected that in 2016 it would see an eighth year in a row of annual sales growth. Its November sales numbers, according to TrueCar, were up 12.9 percent from that month in 2015.

I hope it sorts out and eliminates any remaining quality issues. Recent recalls and the end of my poor Outback notwithstanding, I still have a soft spot in my heart for this brand.

Quick take: Best Outback ever, but it’s still a Subaru

Lows: A history of reliability issues