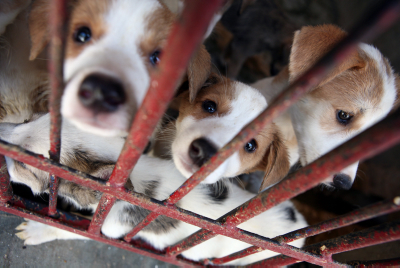 A local dog catcher thought of a good way to make money for the Even Yehudah local authority, and to make sure that his services were needed: opening gates to free dogs that were in the yards of homeowners in the tiny community, and then catching them and issuing summonses to dog owners for failing to secure their pets. It was only due to witnesses observing his actions that officials were able to put a stop to his “business.”

The scam had apparently been going on for several months, and several residents complained that they had been fined numerous times for violations that they claimed were in error. In each instance, however, the dog catcher would document the dog’s presence on the street, leaving owners with little choice but to pay.

The breakthrough came when the dog catcher tried to fine a “repeat offender,” who demanded that the dog catcher show him the evidence – which he was unable to produce. A week later, the wife of the dog owner observed the dog catcher opening the gate to their home to allow their dog to run free. The indignant victim posted the incident on social media – and immediately dozens of other residents responded with similar stories. A mass complaint to the local authority led to a dressing down of the dog catcher by local officials.

In a statement, the Even Yehudah local authority said that “according to the law, an inspector is permitted to enter private property in order to ensure that an animal is properly collared and inoculated, but this requires a permit issued by a veterinarian. Dogs cannot be ‘captured’ on private property. It should be noted that the person in question is not an employee of the local authority but a contractor. As a result of the complaints, the mayor met with the dog catcher, the local veterinarian and law enforcement, and explained on what basis dog catching may be conducted. The citizens who feel they have been harmed can carry out any legal action they wish.”