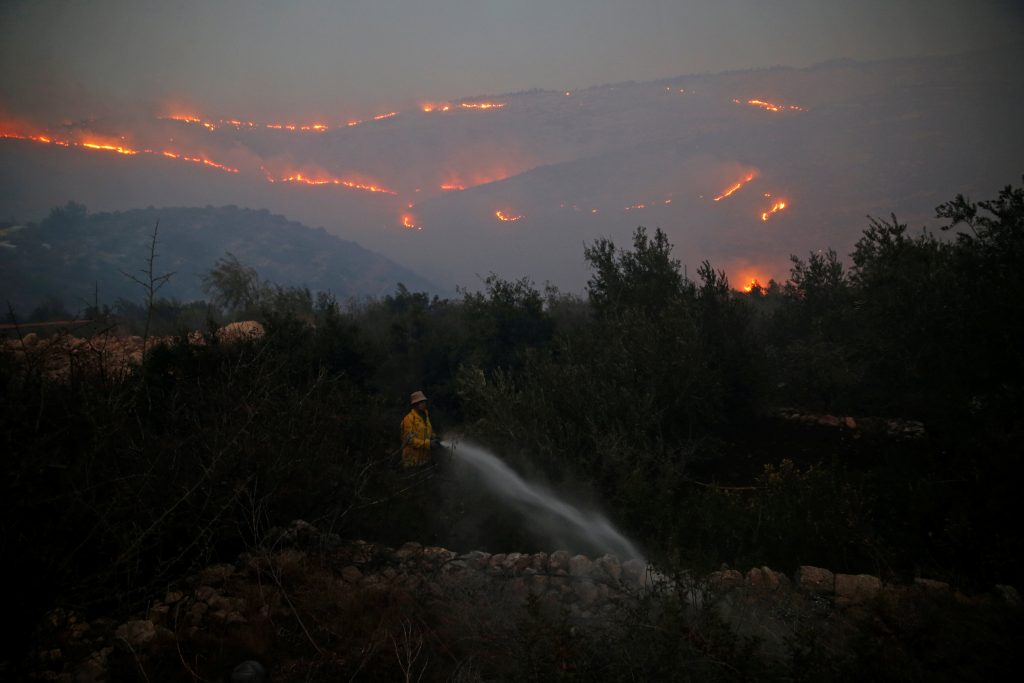 Fire officials were very impressed with the volunteer efforts of members of the Haifa chareidi community in the recent wave of wildfires that struck the city – and they would be happy if more members of the community volunteered to help fight fires, and perhaps even to join the force. According to Rabbi Chaim Perl, a liason between the Fire and Rescue Authority and the chareidi community, “Over the past two years we have worked hard to train 60 volunteers who work as civil assistants in the fire department.”

The two main roles for volunteers are that of an assistant firefighter, who helps arrange equipment (filling up oxygen tanks, assembling rescue kits) at the fire station, and dispatcher. Volunteers in the recent fire emergency also helped direct evacuated residents to services and assistance. Over the past year, Rabbi Perl told the Kol Hazman news service, chareidim have also taken on more responsible roles such as fire safety supervisors, who inspect sites together with official inspectors in  search of fire hazards.

Volunteering with the fire department can lead to a career; the deputy director of the Fire Authority, for example, is a chareidi, as are other senior members of the department. Volunteers who remain with the job for two years are eligible to take courses that will lead to an academic degree in engineering, qualifying them for a job in the fire department, Rabbi Perl said. Starting salaries for junior firefighters are NIS 6,000, plus a vehicle, but salaries advance quickly after just a year on the job.

While the Fire Authority also accepts National Service members and uses them in the same roles, there is still a great need for volunteers, said Rabbi Perl. “We need more chareidi volunteers; there is just too much work that needs to be done.”