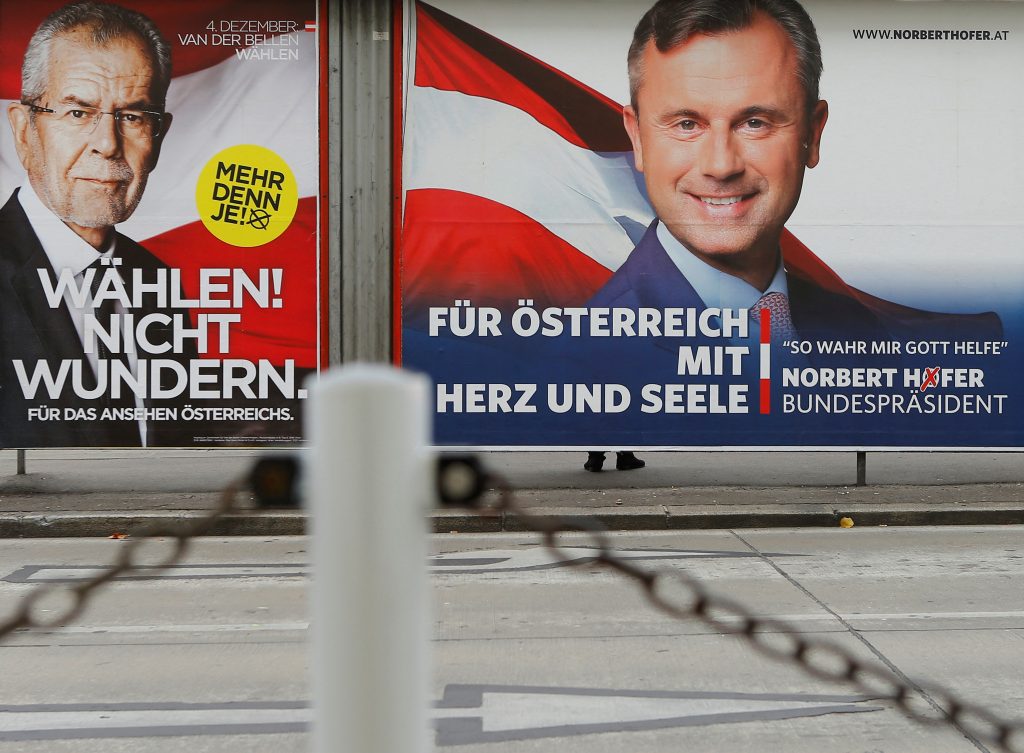 In an election sure to reverberate across Europe, Austrian voters are choosing between a right-wing populist and a left-leaning former politician for their next president.

Austria’s presidency is a mostly ceremonial post. But the Sunday election is being watched as a barometer of how populists in other European Union countries may fare in coming months.

The Austrian vote pits Alexander Van der Bellen against Norbert Hofer. A former leading member of the Greens Party, Van der Bellen is the hope of Austrians who want to stop Hofer, a popular leader of the anti-migrant and anti-EU Freedom Party.

Most polling stations opened at 7 a.m. and will close at 5 p.m. local time. Results are expected late Sunday, but the winner may not be known until absentee ballots are counted on Monday.