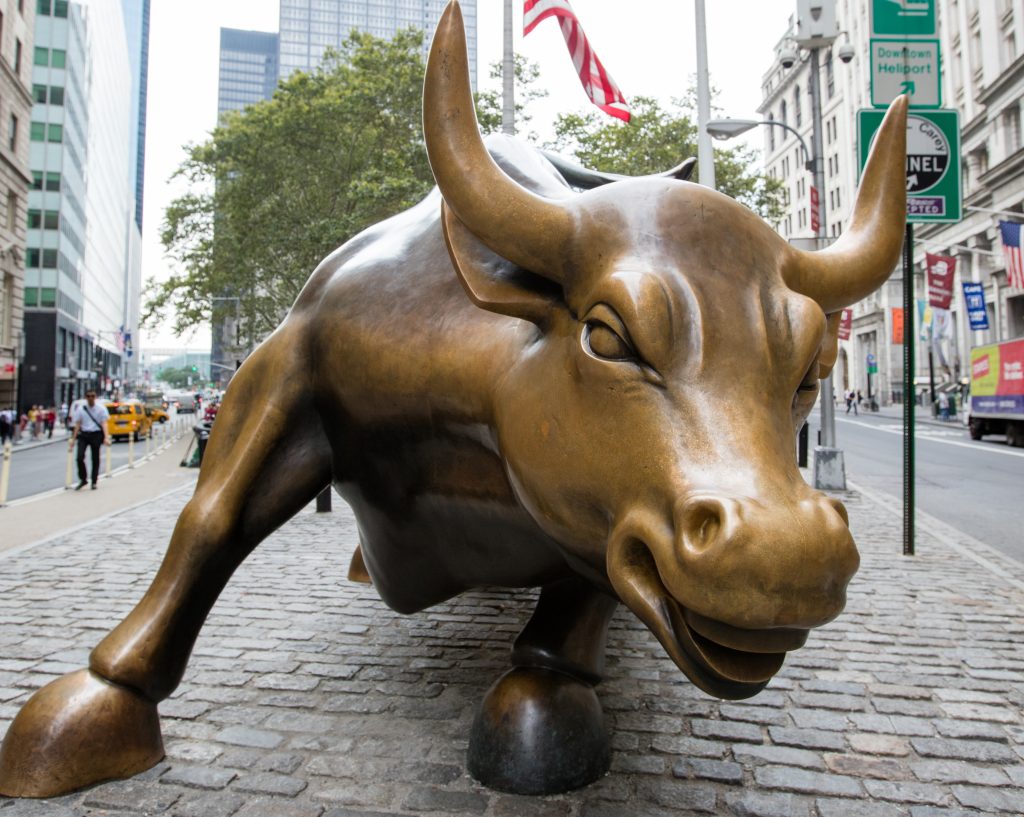 More big gains for blue-chip banking and oil stocks pulled the Dow Jones Industrial Average to another record high Thursday, even as broader market indexes continued to slip. Technology companies are plunging and on are track for their biggest loss in two months. High-dividend stocks are also trading lower as bond yields rise.

The price of oil soared 9 percent Wednesday after the members of OPEC, which collectively produce more than one-third of the world’s oil, agreed to a small cut in production starting in January. The price of oil has mostly traded between $40 and $50 a barrel since early April. It dipped as low as $26 a barrel in February.

BANKS: Bond prices continued to tumble, sending benchmark yields higher. The yield on the 10-year Treasury note rose to 2.46 percent from 2.38 percent, its highest since July 2015. That sent bank stocks higher because higher bond yields are linked to higher interest rates, which allow banks to make more money from lending. Bank of America climbed 49 cents, or 2.3 percent, to $21.61, and JPMorgan Chase picked up $1.75, or 2.2 percent, to $81.92.

CURRENCIES: After a big gain Wednesday, the dollar rose to 114.41 yen from 114.22 yen. The euro dipped to $1.0631 from $1.0599. In the last few weeks, the dollar has reached a 13-year high compared to other currencies. A strong dollar hurts profits and sales for companies that do a lot of business overseas, and the technology companies on the S&P 500 get almost 60 percent of their revenue outside the U.S.

THE QUOTE: A big post-election rally has faded in recent days, but Karyn Cavanaugh, senior market strategist for Voya Investment Strategies, thinks major indexes will move higher. She noted that corporate earnings grew in the third quarter for the first time in more than a year, and U.S. manufacturing has been recovering.

“We’ve been so starved for anything that could even resemble growth,” she said. “If the U.S. is doing better, then that’s going to help the whole entire global economy do better.”

LOOKS FAMILIAR: Stocks are following the pattern that has held since the presidential election, with banks, industrial and materials makers gaining ground. Technology companies and stocks that pay large dividends, like utilities and real-estate companies, are also down.

DOLLAR DOWN: Discount-store chain Dollar General said its business was hurting by falling prices for some goods as well as cuts in government benefits that help people with low incomes buy food. The company’s results fell short of analyst estimates, and its shares lost $4.61, or 6 percent, to $72.71. Dollar General hit an all-time high of almost $97 a share this summer but has fallen after two weak quarterly reports.

FILTER DEAL: Parker-Hannifin, which makes motion and control products, said it will pay about $4 billion for Clarcor, a company that makes mobile, industrial and environmental filtration products. That values Clarcor at $83 a share. Its stock jumped $11.87, or 16.8 percent, to $82.32, while Parker-Hannifin rose $4.94, or 3.6 percent, to $143.87.

IN THE FAST LANE: Auto sales climbed in November and broke out of a recent slump. U.S. auto sales broke records last year and there have been some signs recently that demand is waning, but on Thursday, a Toyota executive said he thought sales could set a new record in 2016.