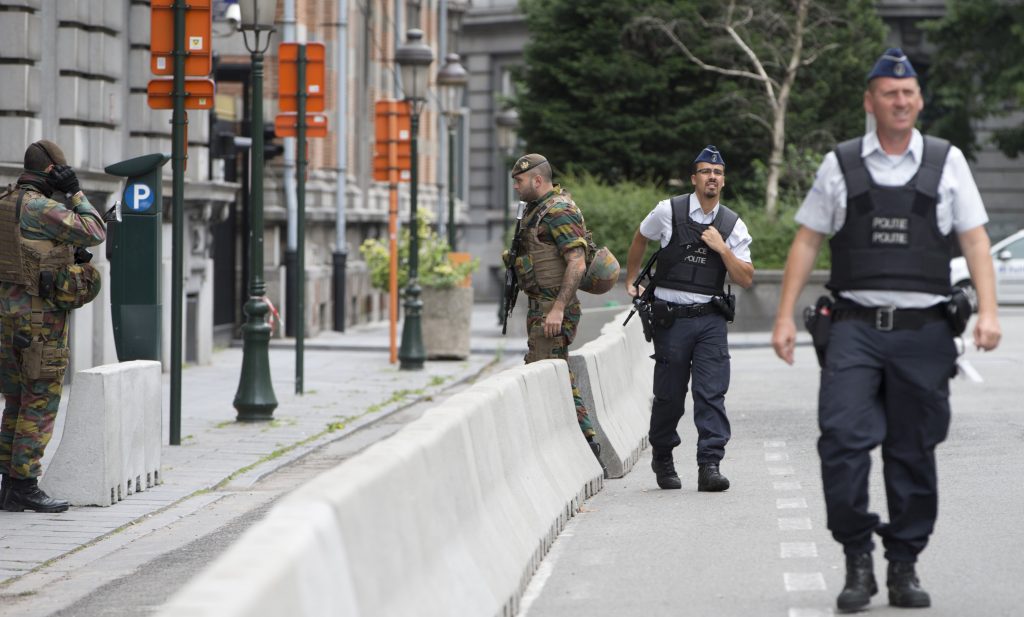 The federal prosecutor’s office announced Thursday that two of six people detained earlier this week were charged with participating in a terror organization and attempted murder in a terror context.

A 33-year-old Algerian attacked and wounded two women officers with a machete at Charleroi’s police station on Aug. 6. He was shot dead by a third officer.

On Wednesday, police detained six people and seized a number of knives in antiterror raids linked to the August attack. Three people were released; the case of one other is pending; and two — a man and woman in their thirties — were arrested.