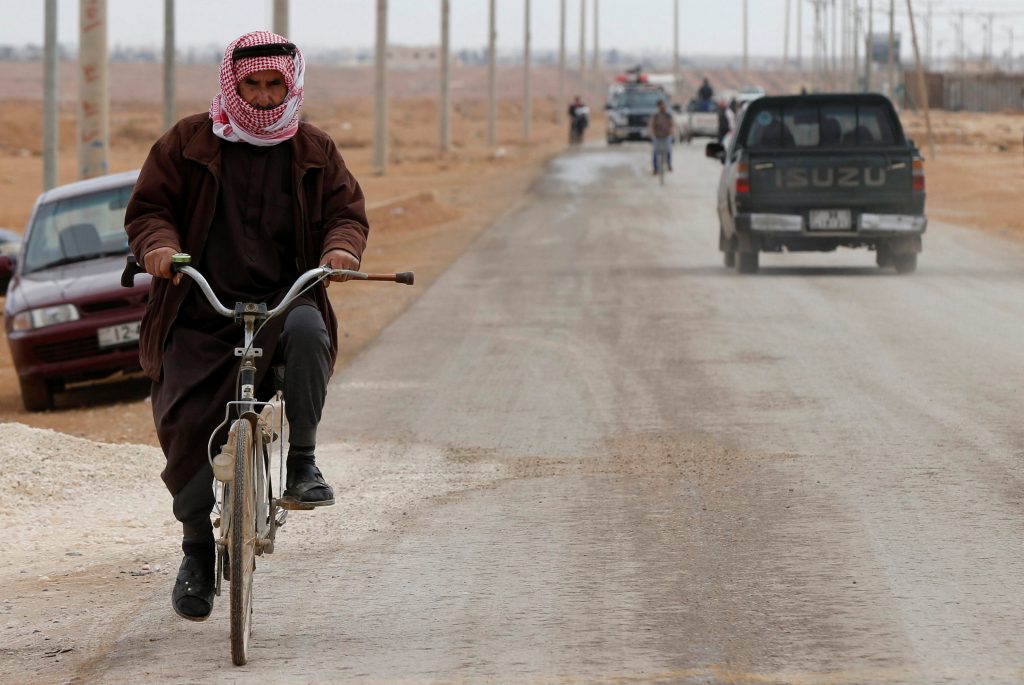 Syrian rebels on Wednesday vowed to fight on in east Aleppo in the face of sudden government advances that have cut the city’s opposition sector by a third in recent days and brought insurgents to the brink of a catastrophic defeat.

Gains by the Syrian army and its allies since last week have brought whole districts back under government control and led to a human exodus as thousands have fled their pulverized neighborhoods near the rapidly shifting front lines.

With the rebels now reduced to an area just miles across, France has called a meeting of the United Nations Security Council for later on Wednesday to discuss the city’s burgeoning humanitarian crisis.

The army and its allies said they had taken the Sheikh Saeed district in the south of the city on Wednesday. Rebels denied this, saying the government’s advance had been repelled. The Syrian Observatory for Human Rights, a Britain-based war monitor, said the insurgents retained a third of Sheikh Saeed.

The Observatory reported that the government was detaining and questioning hundreds of those fleeing rebel-held areas for the comparative safety of state-controlled districts.

A Syrian military source denied this, saying there had been no arrests, but added that displaced people whose identities were not known were being moved into “specific places” in the areas of Aleppo where fleeing civilians were found.

In their attack on Wednesday, government forces stepped up the use of air strikes, including in Aleppo’s Old City, according to a rebel official. Rescue workers in eastern Aleppo said 45 people were killed in the latest bombardment.

After a year of gradual advances for Syrian President Bashar al-Assad, backed by Russia, Iran and Shiite militias, the taking of Aleppo would represent a huge stride forwards in his efforts to end the rebellion after nearly six years of conflict.

For the mostly Sunni Muslim rebel groups, the fall of Aleppo would deprive them of their last big foothold in a major city.

Russia, Assad’s most powerful international ally whose air force has pounded rebels for more than a year, said it hoped the Aleppo situation could be resolved by the end of the year. Rebels in the city have vowed no surrender.

While rebel lines collapsed unexpectedly in parts of eastern Aleppo at the weekend, sources on the government side say the next phase could be more difficult as they try to take more densely populated areas of the city.

Zakaria Malahifji, head of the political office of the Aleppo-based Fastaqim rebel group, told Reuters that rebel groups in the city had rejected any withdrawal.

“This is the decision of the factions. I spoke to them about everything that was tabled and they said they would not withdraw, and other things may also happen,” he said, without giving further details as he spoke from Turkey.

With tens of thousands of people remaining in rebel-held areas of Aleppo, many people say they would rather risk death than surrender to a government they have been trying to overthrow since protests against Assad began in 2011.

Thousands of people who have fled the fighting have gone into the Kurdish-controlled Sheikh Maqsoud district rather than hand themselves over to a government which U.N. investigators have accused of secretly detaining activists and civilians.

Salem Abu Mudar, an east Aleppo resident reached by Reuters, said that although he had never taken up arms against the government, “I fear the regime will not let me go and I will end up in one of its many prisons.”

Damascus says such reports of arbitrary detention and torture are fabricated.

The Syrian military source said reports of detentions in Aleppo were intended to scare the people into staying under rebel rule, and that identities of people leaving the area had to be checked to ensure they were not militants.

The army has urged Aleppo’s rebel factions to accept a surrender under which they would abandon the city. In previous deals between the government and rebels, insurgents have been given safe passage to the opposition-held province of Idlib.

Rescue workers in the rebel zone said renewed artillery bombardment had killed more than 45 people, mostly women and children, on Wednesday and injured dozens more, including some of those who had fled from frontline areas. The Observatory put the toll from that attack at 21.

“Today there was another massacre, I witnessed it. The displaced people were coming at 6:30 am. There was artillery shelling while they were walking in the streets. Really, it was so, so horrible,” said Aref al-Aref, a nurse and photographer in a rebel-held part of the city.

With diplomatic efforts to resolve the war in deadlock, and uncertainty over the position that the next U.S. administration will take on Syria, Moscow said it had been in contact with President-elect Donald Trump’s team on the matter.

The fighting has displaced around 50,000 people in the parts of east Aleppo where fighting has occurred, the Observatory said on Wednesday.

Speaking in Paris, Brita Hagi Hasan, president of the local council in rebel-held Aleppo districts, said the government should set up a safe corridor for civilians to leave.