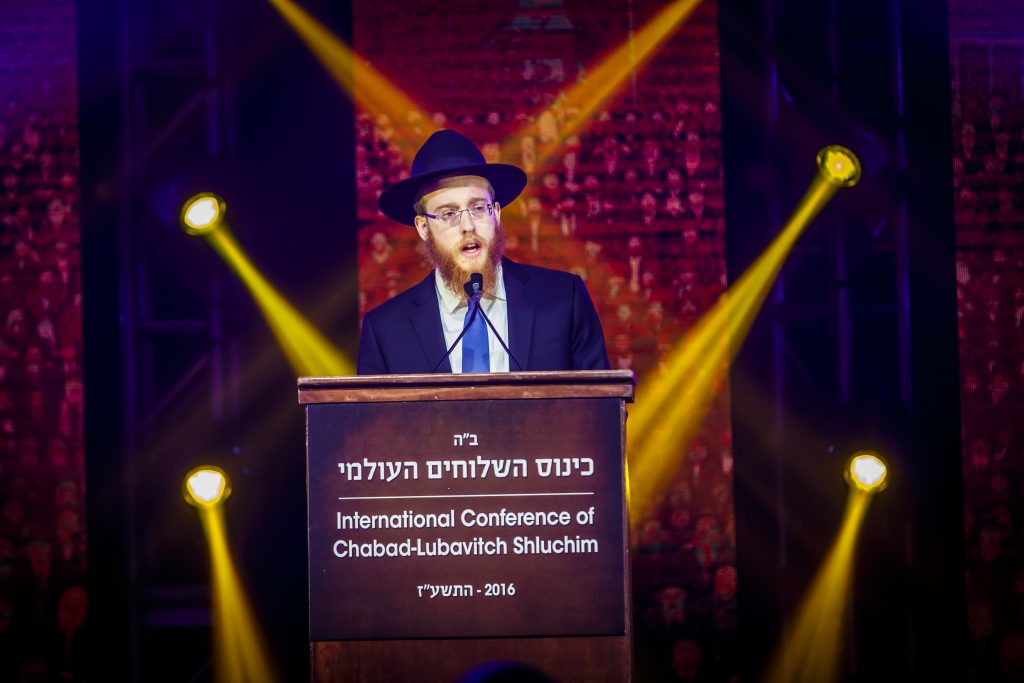 Chabad seems so omnipresent in remote locations that when a satirical site said that Chabad wanted to be the first group to land on Mars, it didn’t seem all that far-fetched.

They haven’t made it to space yet. But very soon, Chabad will have planted its flag in all 50 states.

South Dakota is getting a Chabad House – marking the last state for the Chassidus, and the first full-time rabbi for South Dakota in years.

Rabbi Mendel Alperowitz, a 27-year-old who currently works in Chabad’s headquarters in Brooklyn, will move with his wife Mussie, 26, and their 18-month-old and 2-month-old daughters to set up a Chabad House in Sioux Falls.

“What inspired us so much is that we really saw a community of people, despite living out for a number of years far from their Jewish rituals, so passionate about their heritage,” Alperowitz said.

Mrs. Alperowitz echoed: “When you see so many people asking you, you really feel like, ‘Wow, we’re needed.'”

There hasn’t been a full-time rabbi in the state of South Dakota for several decades. The state has fewer than 500 Jewish residents, according to the Census Bureau, which said in 2010 that the two Dakotas were the only states in the nation with fewer than 1,000 Jews.

Those who do live in South Dakota are currently served by one Conservative synagogue and two Reform temples, one of which dates back to 1876 when Jews were among those who flocked to the Black Hills during a gold rush. The three synagogues employ part-time student leaders who conduct life-cycle events and some Shabbos and holiday services.

The Alperowitzes will provide services and Jewish education for children and adults.

“Oh my, we are so excited,” said Aloma Graham, 56. “I just cannot believe something like that is coming here, that we can actually be a part of. I’m so excited.”

Graham was born and raised in South Dakota, where she hardly knew anyone who was Jewish. But she started looking into her family history years ago, and she found out that before her grandmother became a Baptist, married her grandfather and moved from Brooklyn to South Dakota with him to buy a farm, she was Jewish.

Graham said that she felt she identified more with the Judaism that her grandmother renounced than with the Catholic faith that her mother and stepfather raised her in.

“I went back to that and started doing some reading and studying and trying to reconnect to that part of my life: my community as a Jewish soul,” she said. “I felt a sense of community, the sense of being part of something.”

But that community was very remote, more of a belief than a reality. Now at last, after decades of observing holidays and attempting to keep kosher on her own, she will have a real Jewish community right in her hometown.

Alperowitz heard story after story like Graham’s when he first visited South Dakota last spring. He volunteered as one of the roving Chabad rabbis who visit remote communities for each major holiday, and he and his wife went to Sioux Falls to throw a party for Purim. Forty-five people showed up.

“People were so excited. They were saying, ‘You’ve got to move here. We need someone here,'” he said. “They were almost lobbying.”

By the end of that first trip, the Alperowitzes started to take the idea seriously, and soon they said that they felt ready to commit permanently to South Dakota. Mrs. Alperowitz described it as “pretty much a life thing.”

The community they’ll find in Sioux Falls will have few Orthodox Jews. Stephen Rosenthal, a board member of Sioux Falls’s Reform temple who has lived in South Dakota for more than 40 years since he followed his father’s meat business there, said he warned the Alperowitzes that they will be ministering to mostly Reform Jews.

“Our congregation is Reform, and we will have an Orthodox rabbi as the one rabbi in the state. There will be problems,” Rosenthal said. “I don’t know what those problems will be. We don’t have one hundred percent the same theology.”

Rosenthal said he appreciated the rabbi’s openness to discussion when he brought up his concerns, and he’s looking forward to deeper Jewish education at the Chabad House — and possibly some good meals there. Rosenthal and his wife keep kosher, despite the fact that they can’t buy kosher meat anywhere in their state. They stock up on trips to Omaha, almost 200 miles away, or Minneapolis, about 250 miles away.

Alperowitz himself was raised in one of Chabad’s 3,300 centers, which often double as the rabbis’ houses and are found on every continent but Antarctica. His parents ran a Chabad House in England (where today there are 24 Chabad locations – plus more in Scotland, Ireland and 34 more European countries).

Since his ordination in 2012, Alperowitz has worked for Chabad and has not run a congregation of his own. But he was drawn to the idea of serving these remote Jews.

“It’s safe to say that on my block [in Brooklyn] there may be more Jews than the whole city where we’ll be in South Dakota,” Alperowitz said. He likes the idea of a small congregation where he can pay attention to every member.

To visit Jews in the far reaches of the state, he expects a lot of long drives through the Black Hills, he said. “That’s our goal in moving there: to make sure there isn’t one Jew in the state that feels lonely.”