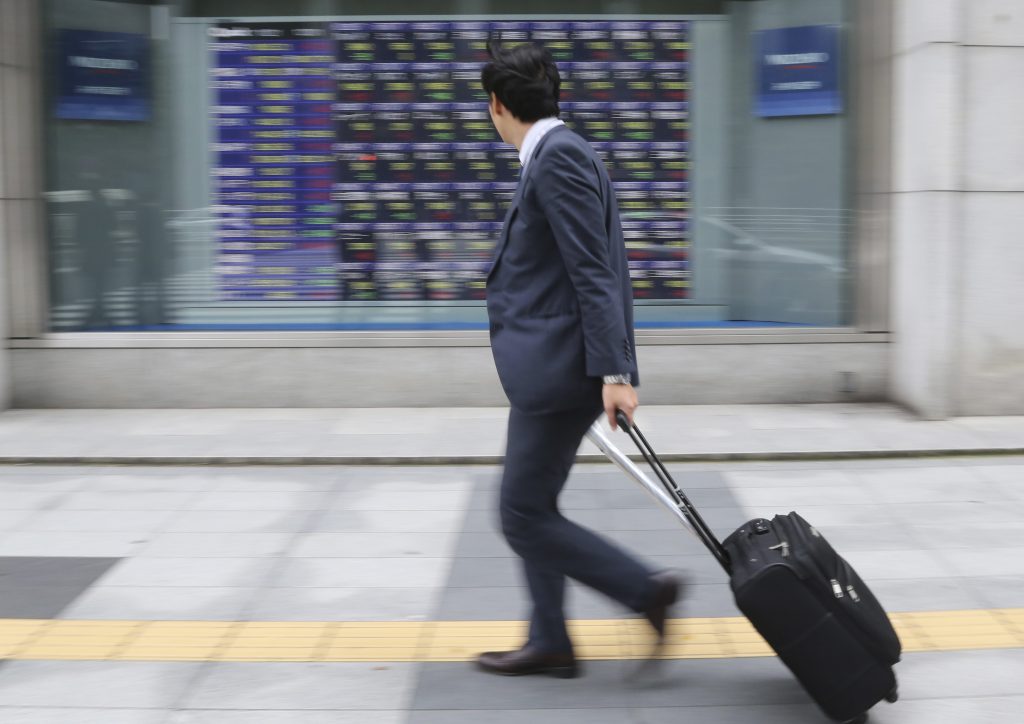 Asian stocks bounced to one-week highs on Wednesday as investors tried to share in the exuberance of Wall Street’s record run, while lofty U.S. bond yields favored the dollar at the expense of emerging market currencies.

Spread betters pointed to opening gains for European bourses, while E-mini futures for the S&P 500 held near all-time peaks ahead of the release of minutes of the Federal Reserve’s last policy meeting.

With Japan on holiday, Australia’s main index led the action in Asia with a rise of 1.35 percent to a one-month top helped by strength in bulk commodity prices.

China’s blue-chip CSI300 index advanced 0.5 percent to a near 11-month peak as the yuan touched its lowest in six years.

Emerging markets have struggled in recent days as surging U.S. bond yields sucked much-needed capital out of Asia. President-elect Donald Trump’s past talk of trade tariffs has also weighed on sentiment in the export-intensive region.

Analysts at JPMorgan said Trump’s pledge to dump the Trans-Pacific Partnership was already priced into markets.

“What may not be factored in is the possibility of follow-through on other, more protectionist campaign proposals,” they wrote in a note to clients.

“We remain concerned about this as a source of downside risk, delivering a negative surprise to markets which so far appear to be enamored of his emphasis on fiscal stimulus and deregulation since the election.”

Still, the market is starting to look expensive with the S&P 500 trading near 17.3 times forward 12-month earnings, compared to the 10-year median of 14.7, according to StarMine data.

With equities in demand, U.S. bonds were getting the cold shoulder. Two-year note yields rose as far as 1.107 percent on Tuesday, the highest since April 2010.

Yet euro debt was thrown a lifeline by European Central Bankers who reaffirmed their commitment to super-easy monetary policy. That saw yields on German two-year paper dive to record lows around -73 basis points, which in turn expanded the yield premium offered by Treasuries to an 11-year peak.

The dollar also kept most of its recent hefty gains on the yen at 111.05, though it has met resistance around 111.35 in the last couple of sessions.

Sterling was precariously poised at $1.2417 ahead of a budget update from British Finance Minister Philip Hammond.

Analysts expect some modest infrastructure spending and housing stimulus, but nothing that would radically change expectations of a weaker economy next year when difficult talks begin on the terms of Brexit.

Oil prices were mostly steady for the moment as the market hung on every comment from OPEC officials on whether cartel members would agree to an output cut.

Industrial metals advanced on talk of demand from China and the whole global reflation trade. Copper was near a 16-month high, while iron ore futures surged 8 percent on the back of higher steel prices.