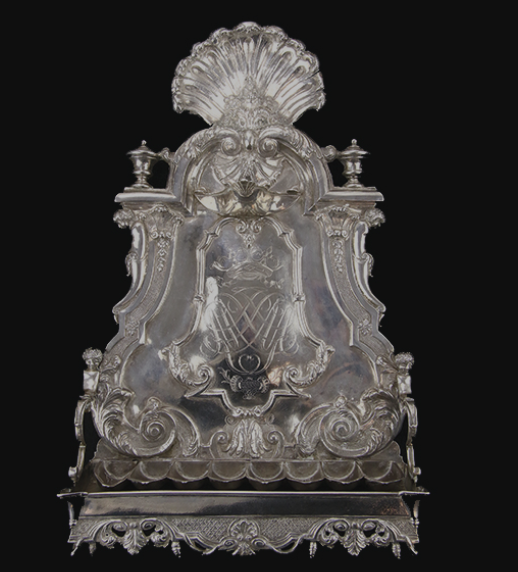 Jewish Telegraphic Agency, citing Dutch media outlets Omroep West and NOS, reports that the menorah, which was manufactured in Amsterdam in 1747, belonged to the family of George Maduro, a Dutch Jewish resistance fighter killed by the Nazis. It was purchased by an anonymous Jewish collector for 415,00 euros (over $441,000), excluding the buyer’s premium, according to the Venduehuis auction house.

The strong demand for the menorah caught the auction house off-guard.

Maduro was a hero of the Dutch resistance. He was arrested by the Gestapo and imprisoned at the Dachau concentration camp, where he died of typhus several months before the camp’s liberation. He was posthumously awarded the Knight 4th-class of the Military Order of William.

There is only one known piece identical to this menorah. It is part of the Dutch Royal House’s collection, and is currently displayed at the Jewish Historical Museum in Amsterdam.

The auction was held to sell the silver and porcelain collection of George Maduro’s mother, Rebecca D. Maduro. The menorah was the item that brought in the most money.