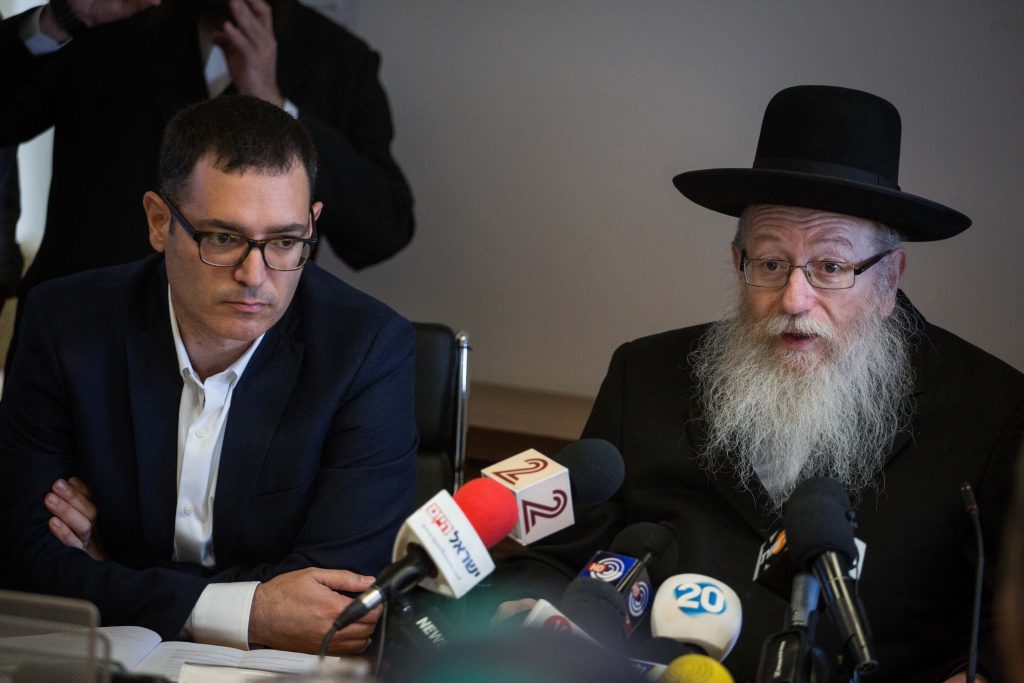 The new regime, promulgated by the Ministry of Health, envisions three stages, imposing increasingly strict control on the designated ingredients. The first stage will start in January 2018; the second stage 18 months later, in July 2019, with the last stage to go into effect in December 2020.

Food manufacturers will also be obligated to print the number of spoons of sugar in each product, and they will be prohibited from advertising products which have been declared unhealthy for children. Over 50 percent of products currently on the market will have to carry the red labels, unless their ingredients change before the law takes effect.

Head of the Ministry’s Public Health Services, Prof. Itamar Grotto, said the decision puts Israel ahead of other Western countries in marking foods as health hazards.

“This is an amazing breakthrough. In Europe and the U.S., there have been discussions on this for years, without reaching the decision to label. This is revolutionary,” Grotto said.

Fast-food outlets were also under discussion as potential targets of the new labeling regulations, but in the end were given a pass.

“This issue was discussed, but it is not part of the recommendations,” Grotto said. “At present, fast food is not marked. There is no regulation in the world that requires marking food that is not pre-packaged. We are considering listing calories in restaurants, an effort which has already started in some U.S. states, and which we wish to join. This is on the agenda now and we might add other ingredients later on.”

Also on Monday, the Ministry of Health released alarming data on the effect of nutrition on health and national spending.

According to Ministry of Health figures, malnutrition was the cause of 13.9 percent of fatalities — 5,851 deaths annually.

Israel is one of the countries with the highest sugar consumption, much higher than the OECD average. This is reflected, among other things, in the high rate of diabetes morbidity, which has risen over the years.

Israel also has one of the world’s highest rates of salt consumption, almost double the recommended maximum quantity, and even higher among children.