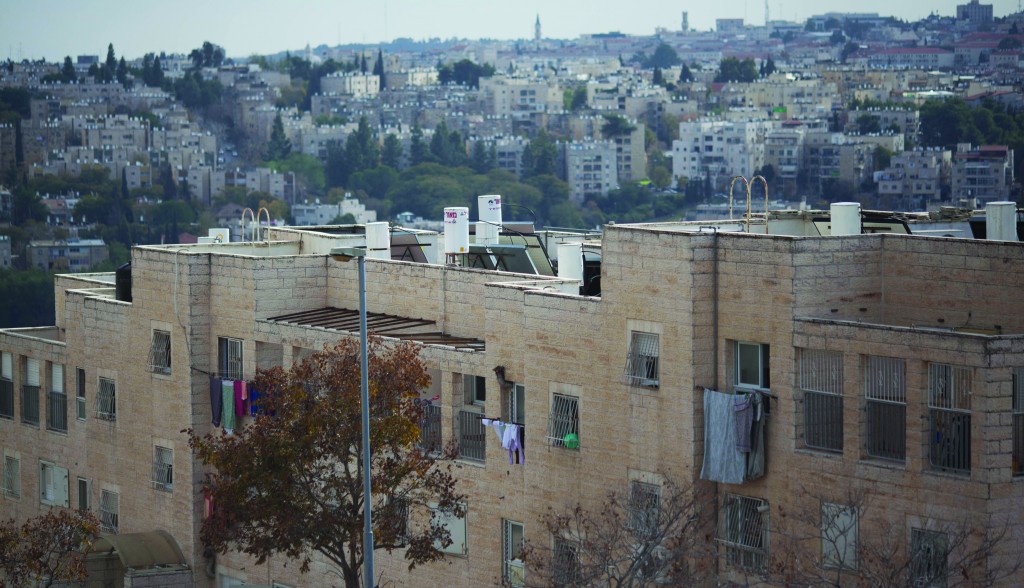 The Yerushalayim Building and Planning Council is set to discuss – and is likely to adopt – a plan to build 1,440 new homes in the Ramat Shlomo neighborhood of the city, Channel Two reported Sunday. The project, if adopted, would be one of the largest approved in recent years in a single gesture by the Council.

The plans for the new neighborhood – to be built on 70 dunams in the southwest section of Ramat Shlomo, an area that is over the Green Line – have long been ready for approval, but the Council has avoided discussing them because of opposition by the administration of outgoing President Barack Obama, the sources said. The homes that were approved for construction are none other than the ones that were frozen in the brouhaha that erupted after they were first announced – on March 9, 2010, the day that U.S. Vice President Joe Biden paid a visit to Israel. It’s still not clear why the Yerushalayim planning commission chose that day to make the announcement, but the coincidence of the announcement with the Biden visit was perceived by many in the U.S. as an “insult.” It gave Washington’s opposition to any Israeli construction in neighborhoods beyond the Green Line, the 1948 armistice borders, as the reason why final approval was delayed until now.

Construction in Ramat Shlomo first began in 1995, and the neighborhood is currently home to some 20,000 people, nearly all chareidi.

It’s all due to the election of Donald Trump, sources in the municipality told Channel Two. “No one knows what the new President’s policy will be, so we intend to take as much advantage of the next two months as possible,” the sources were quoted as saying. “Everyone realizes that we have an opportunity during this period that we may not have again. Even if the State Department or the White House issues a condemnation, it will be worth it. We have to signal to the new administration that we are building in Yerushalayim.”

But Ramat Shlomo is just one aspect of the city’s building plans. Speaking to Channel Two, Meir Turjeman, chairman of the Council and a Yerushalayim Deputy Mayor, said that “we faced many pressures not to approve construction over the green line. We have plans for 2,600 units in Givat Hamatos, 3,000 in Gilo, and 1,500 in Ramat Shlomo, as well as others that are under development,” he said. “We are now past the point where we are postponing approval. As far as we are concerned, it is time to unfreeze all these plans.”

Responding to the Channel Two report, MK Nachman Shai (Zionist Camp) said that “making plans to build right now is madness. Someone in Yerushalayim has lost their mind, and it is not clear who. Authorizing construction right now plays right into the hands of the Palestinians. This is an invitation to international pressure. We are sticking a finger into the eyes of both the outgoing and the incoming American administrations.”