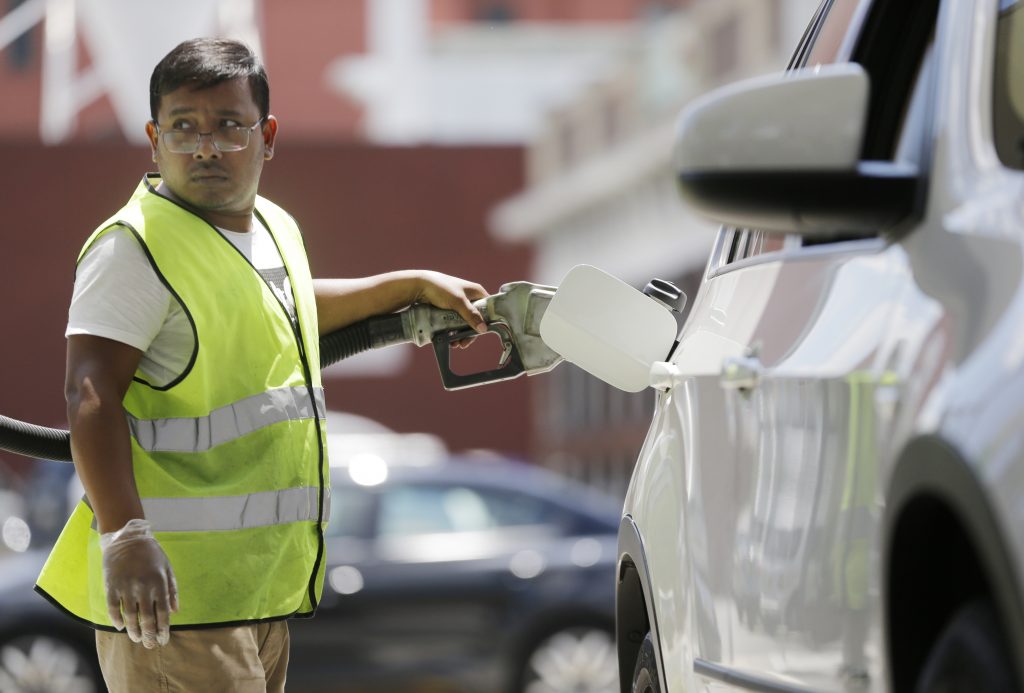 The average price of regular-grade gasoline has fallen nationally to $2.20 per gallon, a drop of 6 cents over the past two weeks.

Industry analyst Trilby Lundberg updated the figures Sunday, predicting that prices would continue inching down unless a meeting of oil-producing nations later this month culminates in “a credible agreement to freeze or reduce” production.

A seasonal weakness in demand was one reason behind the early-November decline. Lundberg cited another influence: With autumn maintenance projects wrapping up, U.S. refiners are increasing supplies.

Those factors combined to create the drop in average prices, despite a small rise in crude oil prices.

Gas in San Diego was most expensive in the continental U.S., at $2.73 on average. The low average was in Tulsa, Oklahoma, at $1.78 per gallon.