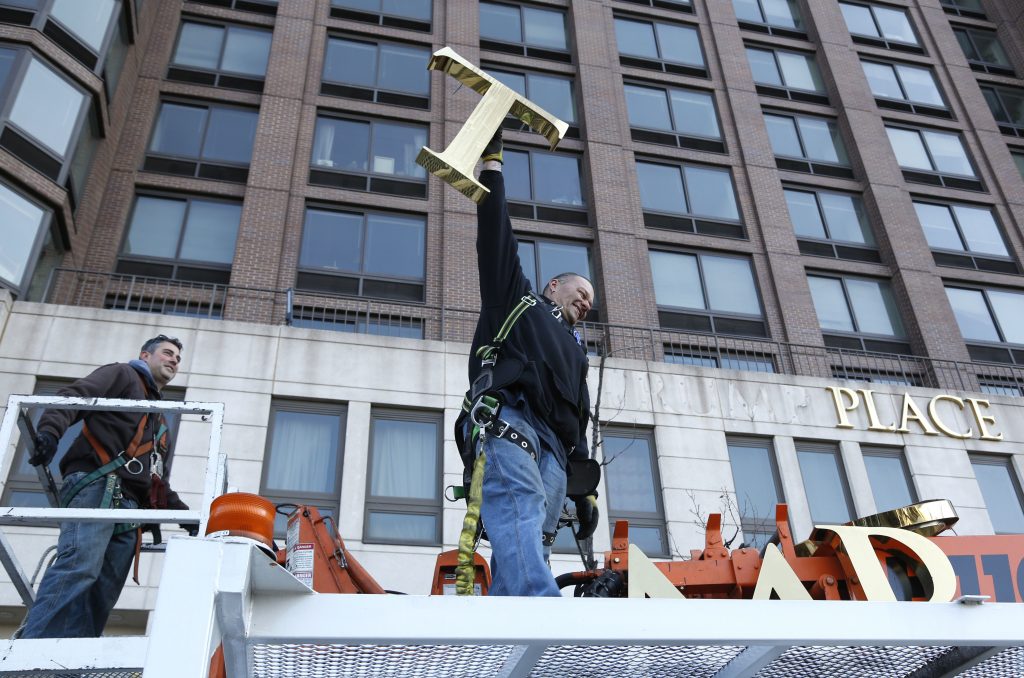 What’s in a name? For three Manhattan apartment buildings, it’s no longer “Trump.”

Workers pried three-foot-high gold letters spelling “Trump Place” off the buildings Wednesday. In some places, a shadow of the old name still lingered. The workers scraped and power-washed the surface where the letters had been.

Hundreds of residents had signed a petition to remove the name after Donald Trump won the election but lost the city to Democrat Hillary Clinton. The Chicago-based company that bought the buildings in 2005, however, said the petition signed by tenants had “no role” in the decision. The goal, said Equity Residential chairman Sam Zell, was a “neutral building identity.”