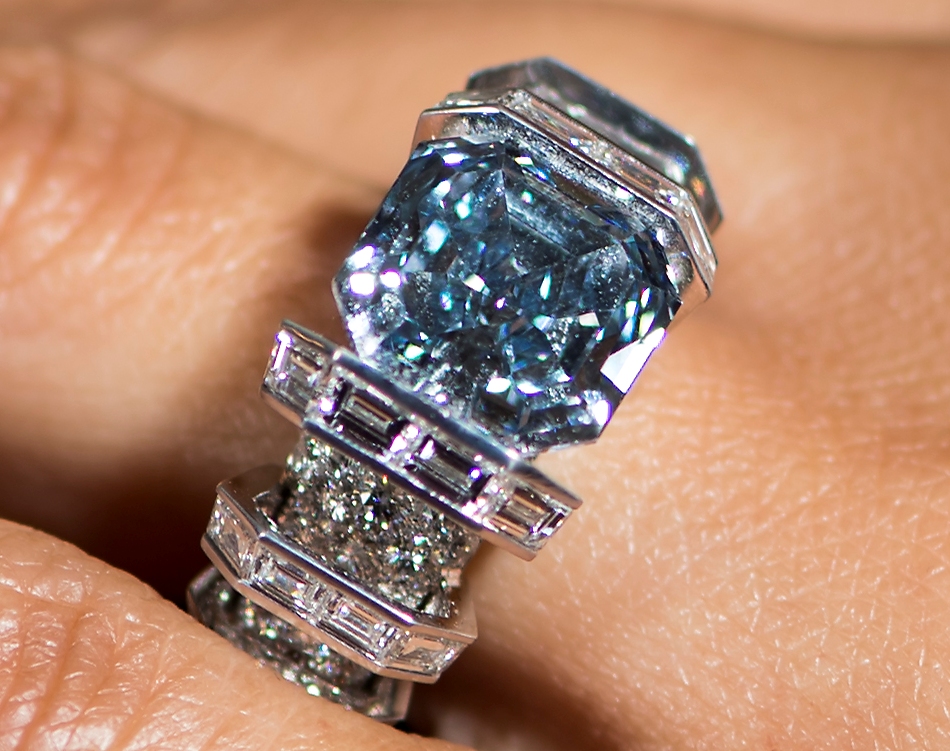 Sotheby’s is auctioning the square-cut “Sky Blue” diamond set in a ring by Cartier that is expected to fetch up to $25 million, plus two centuries-old diamond jewels dating back to Russia’s imperial court.

The auction house says the 8.01-carat stone with a top-rank Fancy Vivid Blue grade from the Gemology Institute of America is the centerpiece of its latest Geneva jewelry auction on Wednesday.

Also on the block is a diamond necklace said to have been commissioned by 18th-century monarch Catherine the Great and a diamond jewelry set believed to have been in a gift from Peter the Great’s wife to Ottoman Sultan Ahmed III as part of peace negotiations. Each piece was expected to fetch $3-5 million.

On Tuesday, Christie’s reaped $97 million in a Geneva jewelry auction.