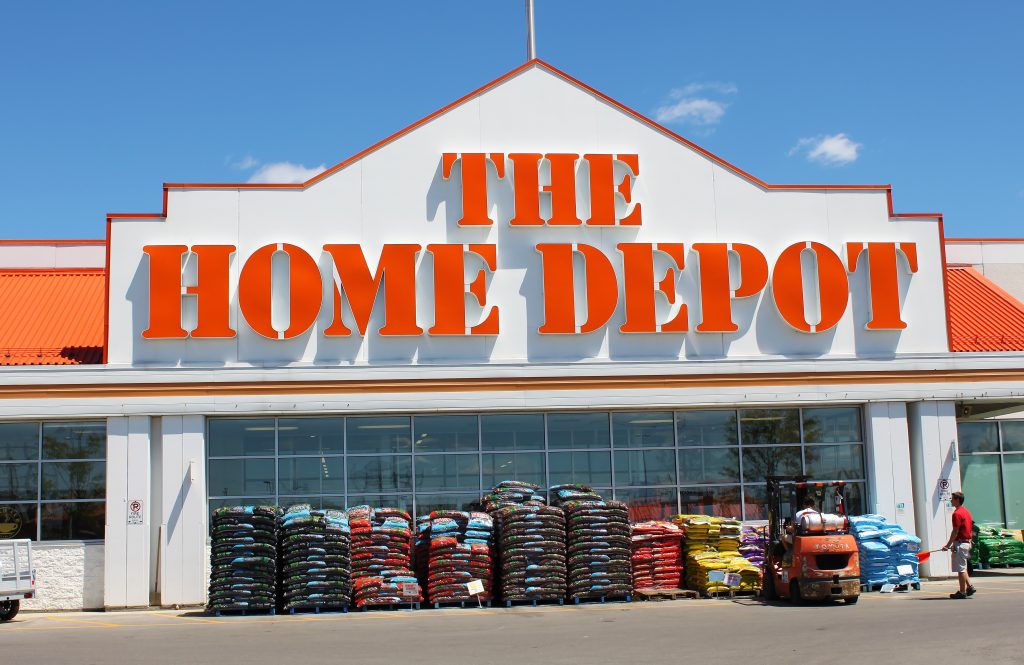 Home Depot, benefiting from falling unemployment, still-low mortgage rates and rising home prices, raised its outlook for the year on Tuesday as sales surged in the third quarter and customers spent more with each visit.

The home improvement retailer extended its streak of strong earnings while some other retailers have struggled. But Home Depot and its rival Lowe’s have stood out, thanks in part to low mortgage rates that have led to a warming housing market and an increase in refinancing.

Home Depot CEO Craig Menear said the company saw balanced sales growth that was driven by a higher number of sales and customers who spent more per visit. The number of customer transactions rose 2.4 percent. The average receipt jumped 3 percent.

In its report on retail sales Tuesday, the Commerce Department said sales of home and garden supplies rose 1.1 percent in October, a positive sign that more Americans are remodeling and expanding their homes. Lowe’s Cos. will report its quarterly earnings results on Wednesday.

For the three months that ended Oct. 30, Home Depot Inc. earned $1.97 billion, or $1.60 per share, which was two cents better than Wall Street had expected, according to a poll of industry analysts by Zacks Investment Research. It far outpaced the $1.73 billion, or $1.35 per share, the Atlanta-based company posted a year earlier.

Sales at stores open at least a year, a key gauge of a retailer’s health, climbed 5.5 percent overall and 5.9 percent in the United States.

While home sales this year have leveled off at a nearly healthy level of 5.5 million, there are some signs of possible headwinds.

Mortgage News Daily this week reported that 30-year fixed rate mortgages hit 4 percent. That’s up from the 3.57 percent rate that was reported on Thursday by mortgage giant Freddie Mac. The sharp spike is only matched by the worst three straight days of the mid-2013 taper tantrum, Mortgage News Daily said.

Yet Home Depot raised its annual per-share earnings expectations by nearly 16 percent from last year. Its prior outlook was for $6.31 per share, which it had boosted from a previous projection of $6.27 per share. Analysts polled by FactSet had expected full-year earnings of $6.33 per share.

Home Depot had a total of 2,276 retail stores in all 50 states, the District of Columbia, Puerto Rico, the U.S. Virgin Islands, Guam, 10 Canadian provinces and Mexico at the end of the third quarter.