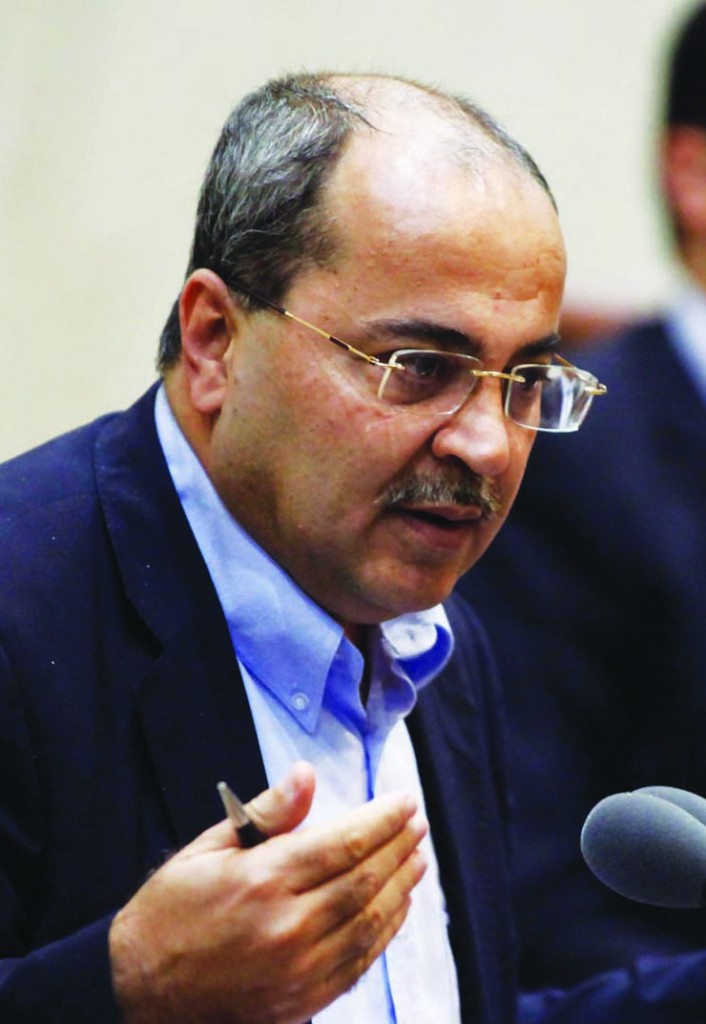 If a law that requires an Israeli flag to be flown at any function where a Knesset member appears is passed, MK Ahmed Tibi (United Arab List) will violate it, he said Saturday. “At a time that the peace process is practically dead, the social fabric is being ripped apart, and Israel leads the OECD nations in the number of poor, Knesset members are advancing the one thing they are good at – a cheap, populistic law that spreads hatred. In response I say clearly that I will violate this law,” Tibi said.

The law is being proposed by MKs from the Likud and Yisrael Beitenu. According to the law, organizers of an event where MKs appear who do not ensure that an Israeli flag is flying will pay thousands of shekels in fines. Tibi said that he will ensure that the events he appears at do not fly a flag. The Ministerial Law Committee is set to discuss the law Sunday.

Planning to join Tibi is UAL MK Yussuf Jibran. “The Israeli flag is a national Jewish and Zionist symbol that expresses exclusivity. Obviously Arab citizens cannot identify with it,” he said. “Forcing Arab MKs to appear with an Israeli flag at their events contradicts their freedom of speech and will negatively affect their ability to conduct their work. In a democratic country, a flag is a symbol that should belong to all its citizens. Israel for 70 years has failed to adopt such a symbol.”