By Tim Ross and Henry Meyer 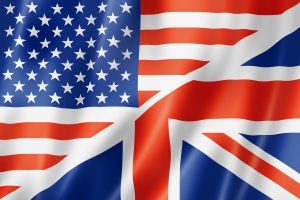 U.S. President-elect Donald Trump told his British counterpart he wished to rekindle the kind of relationship Margaret Thatcher and Ronald Reagan shared in the 1980s.

He told Prime Minister Theresa May that Britain is a “very, very special place for me and for our country” in the phone call at 1:45 p.m. London time, according to an email from May’s office. Trump added that it would be “the greatest possible honor” to host her in Washington “as soon as possible.”

The term “special relationship” has been used to describe Anglo-American ties since Winston Churchill. Thatcher and Reagan, however, shared a unique affinity, so it’s telling that Trump evoked it. The Republican winner of the U.S. election has praised Brexit and indicated Britain would be at the front of the line when it comes to trade deals.

Who reaches out first, and in what way, offers diplomatic clues on how different governments will relate to his administration. Some with enthusiasm: Russian President Vladimir Putin sent him a telegram of congratulations within an hour of his victory being announced, Ireland’s Enda Kenny beat May to the phone. Others appear more circumspect: Germany’s Angela Merkel and France’s Francois Hollande sent letters.

Others still have no choice but to reach out quickly. Take Prime Minister Justin Trudeau in neighboring Canada. The two nations have a lot to discuss, starting with the North American Free Trade Agreement, which Trump bashed during his campaign and says he wants to tear up. Then there is the Keystone XL oil pipeline, which President Barack Obama nixed but that Trump wants to revisit.

“If the Americans want to talk about NAFTA, I’m more than happy to talk about it,” Trudeau told reporters in Nova Scotia, where he touched upon the contents of the conversation.

In her call to Trump, May stressed the importance of trade and investment with the U.S. as Britain negotiates its exit from the European Union, with which it wants to continue to do business without allowing the free movement of labor. While Trump has threatened a trade war over what he called China’s abuse of the U.S. manufacturing sector, he’s intimated he would give Britons preferential treatment.

May also highlighted that the bonds between the U.S. and U.K. are about “so much more” than trade and alluded to the military and cultural links between the two nations. Despite the assertions of a close relationship, opposition lawmakers pointed out Trump apparently prioritized calls to other allies such as Egypt, South Korea and Turkey. It took more than a day for him to speak to the British leader.

Asian nations will want to know how much of Trump’s campaign rhetoric is matched by his actions once in office. While he’s threatened to review the U.S. military presence in South Korea and Japan, reports issued afterward from Japan, South Korea and Australia indicated Trump reassured them of his commitment to decades-long alliances.

Not everyone is in a hurry to pick up the phone. Trump, who has promised to declare China a currency manipulator on his first day in office, has yet to hear from President Xi Jinping.