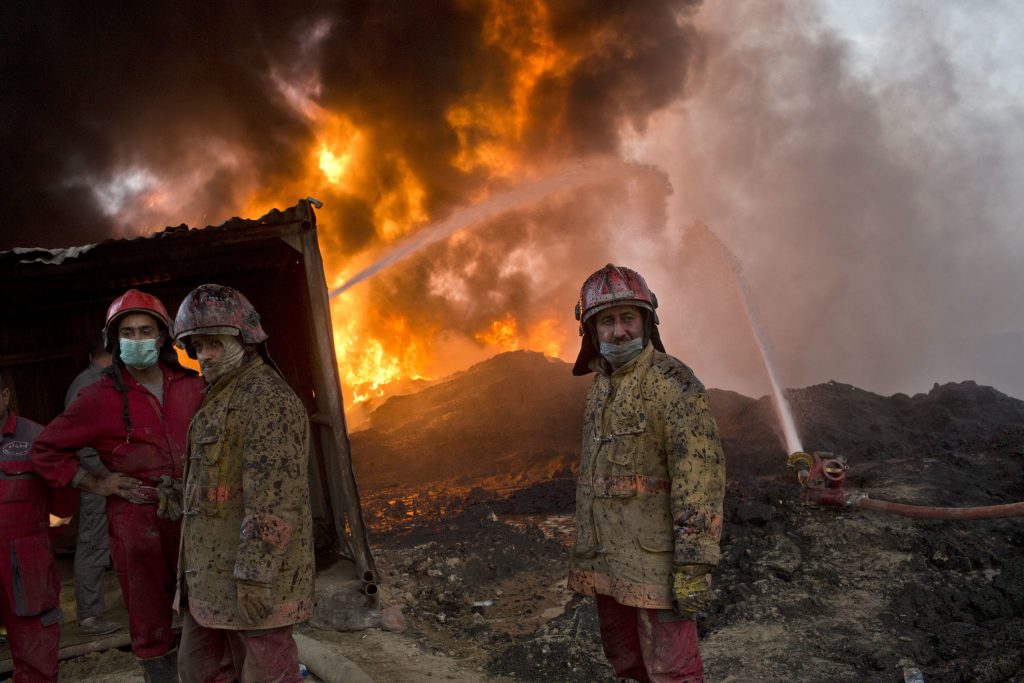 Iraqi troops consolidated gains in their advance on the northern city of Mosul on Thursday, regrouping as they clear neighborhoods and houses once occupied by the Islamic State terror group.

In Mosul proper, where troops have a foothold in a sliver of territory in the city’s east, the special forces control the Zahra neighborhood, once named after former dictator Saddam Hussein, military officials said.

They have taken at least half of the Aden neighborhood and clashes were still ongoing there, while the regular army’s ninth division is stationed in east Mosul’s Intisar neighborhood, they added, speaking on condition of anonymity because they weren’t authorized to brief reporters.

Col. John Dorrian, a spokesman for the U.S.-led forces operating the key air campaign against IS, said that advancing troops and aircraft have destroyed some 70 tunnels the jihadis had been using to launch surprise attacks from inside densely populated areas.

“They’ve set up elaborate defenses, and we have to assume they’ll do anything among the civilian population because they don’t care about anyone,” he said, noting that airstrikes had hit hundreds of IS positions in the three-week-old Mosul campaign.

Iraqi troops are converging from several fronts on Mosul, the country’s second largest city and the last major IS holdout in Iraq. Kurdish peshmerga forces are holding a line outside the city in the north, while Iraqi army and militarized police units approach from the south and government-sanctioned Shiite militias are guarding the western approaches.

The offensive has slowed in recent days as the special forces, the troops who have advanced the farthest, push into more densely populated areas of the city’s east, where they cannot rely as much on airstrikes and shelling because of the risk posed to civilians who have been told to stay in their homes.

Brig. Firas Bashar, spokesman for Nineveh operations command, says troops south of Mosul have been stopped at the town of Hamam al-Alil while other forces push forward on the city.

To the northeast, about 8 miles from the city, peshmerga continued to take territory in the town of Bashiqa, believed to be largely deserted except for dozens of IS terrorists. They have had the town surrounded for weeks, and have assaulted it with mortar and artillery fire.

In New York, the U.N. said the progress meant that the days were numbered for the self-styled caliphate declared by IS from Mosul in 2014.

“This liberation operation marks the beginning of the end of the so-called ‘Daesh caliphate’ in Iraq,” the U.N. envoy for the country told the Security Council on Wednesday, using the group’s Arabic acronym.

Jan Kubis said that the U.N.’s humanitarian agencies were preparing to shelter even more of the tens of thousands of displaced people as winter approaches. He also warned that reconciliation and restoration of confidence in the government was necessary if the victories against IS are to be lasting.