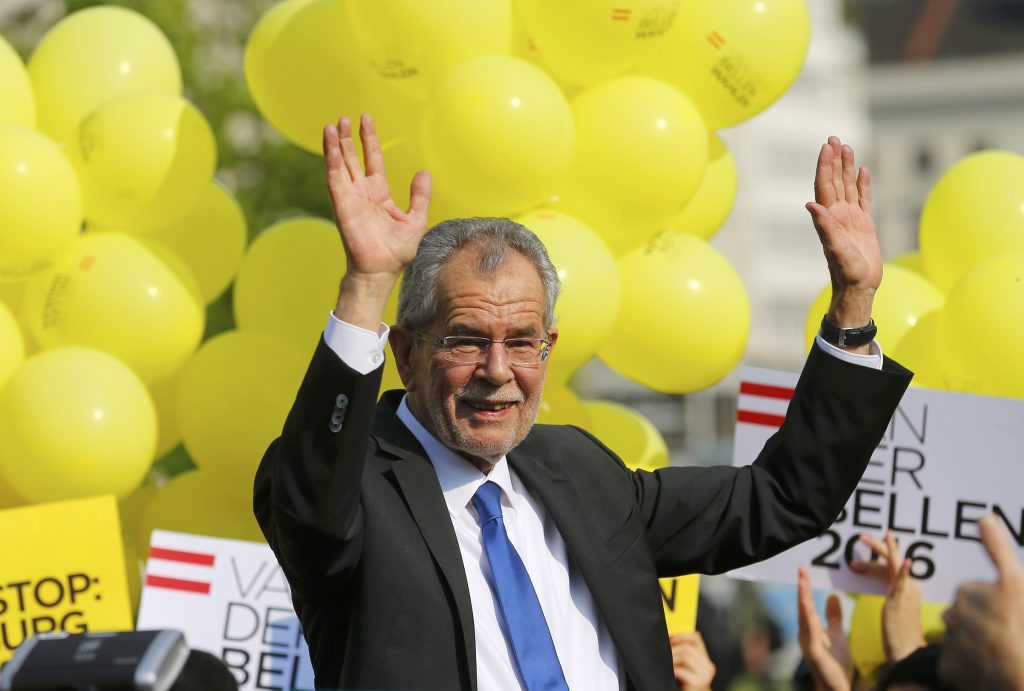 Donald Trump’s election victory is a “wake-up call” for Austrian voters to turn out and prevent the populist far-right candidate from winning their own presidential election on Dec. 4, his independent rival in the closely fought race said on Thursday.

Trump’s unexpected triumph in the U.S. presidential election, coming on the heels of Britain’s surprise vote in June to quit the European Union, has exacerbated fears of a populist wave sweeping the West.

Fears over rising unemployment and immigration, and anger with the traditional parties of power have fueled support in Austria for the far-right Freedom Party, whose presidential candidate Norbert Hofer narrowly lost an original election runoff in May.

That result was later overturned and a rerun ordered because rules on the counting of postal ballots were broken, handing Hofer a second chance to become western Europe’s first freely elected far-right head of state since 1945.

“The American election is a wake-up call for Europe and not least for the presidential election in Austria,” Hofer’s opponent, former Greens leader Alexander Van der Bellen, told a news conference.

Although a poll published last week found that just 4 percent of Austrians favoured Trump while 90 percent backed his Democrat rival Hillary Clinton, the effect of the U.S. result on Austria’s electorate is unclear.

Austrian opinion polls have generally given a slight edge to Hofer but within the margin of error.

Van der Bellen said that if Hofer won the election for the largely ceremonial post, it would eventually be followed by a government led by the Freedom Party (FPO), which currently tops the opinion polls with more than 30 percent.

“If my opponent from the FPO were to obtain the majority on Dec. 4, it would lead to nothing less than the ‘blue republic,'” he said, referring to the color the party is identified by.

“I hope that [the U.S. result] will be felt as an additional motivation to go and vote and tick VdB,” said Van der Bellen, who has previously said European populists and Trump share traits such as “incitement against minorities.”

The FPO seized on his criticism of Trump and said it, like the U.S. president-elect, favors warmer relations with Russia. The party has congratulated Trump but has been less enthusiastic in its support than some other European far-right parties such as France’s National Front.

“A President Van der Bellen would mean that Austria is heading for a diplomatic ice age with the USA,” Hofer’s campaign manager, Herbert Kickl, said in a statement.