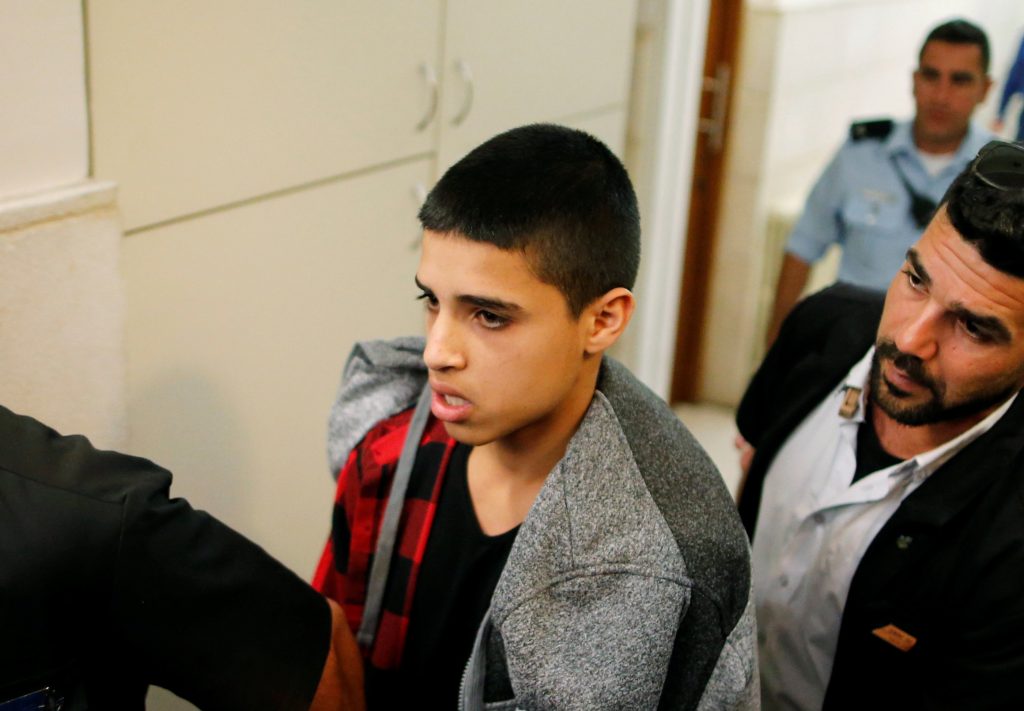 Ahmed Manasra, the Arab teen terrorist who stabbed and critically wounded a 12-year-old Jewish boy in the Pisgat Ze’ev neighborhood of Yerushalayim in October 2015, was sentenced Monday to 12 years in prison. Mansara was convicted last May on two counts of murder. The teen had expressed hope of killing a Jew and being himself killed, in order to be considered a “martyr,” prosecutors said.

The Jewish victim, Naor Shalev, was critically wounded in the attack in Pisgat Ze’ev as he rode his bicycle but made a miraculous recovery, and in December he was released from the hospital, celebrating his bar mitzvah at the Kosel.

Mansara made international headlines when the Palestinian Authority chief publicly accused Israeli police of “executing” him. Large rallies were held in PA-controlled areas, and international headlines highlighted the “trigger-happy” Israeli police who killed an Arab youth who had been involved in nothing more than a “street fight” – until photos of Mansara receiving treatment in an Israeli hospital were distributed by the Health Ministry. In one of the photos, Mansara is seen holding up a finger into the air, in a gesture similar to that of IS terrorists.

Also sentenced Monday to 11 years in prison was Asara Jabas, a female terrorist who last October blew herself up on the road to Maale Adumim, injuring a police officer who had pulled her over after noticing that she was behaving oddly behind the wheel. The terrorist pulled over and threw the explosive at officers. One officer was lightly wounded in the attack.

The terrorist initially denied throwing anything at the officers, saying that the explosion was due to a problem with the vehicle. She eventually admitted that she was trying to kill the officers. Members of her family, residents of the Jabel Mukaber neighborhood of Yerushalayim, said that they regretted her actions.