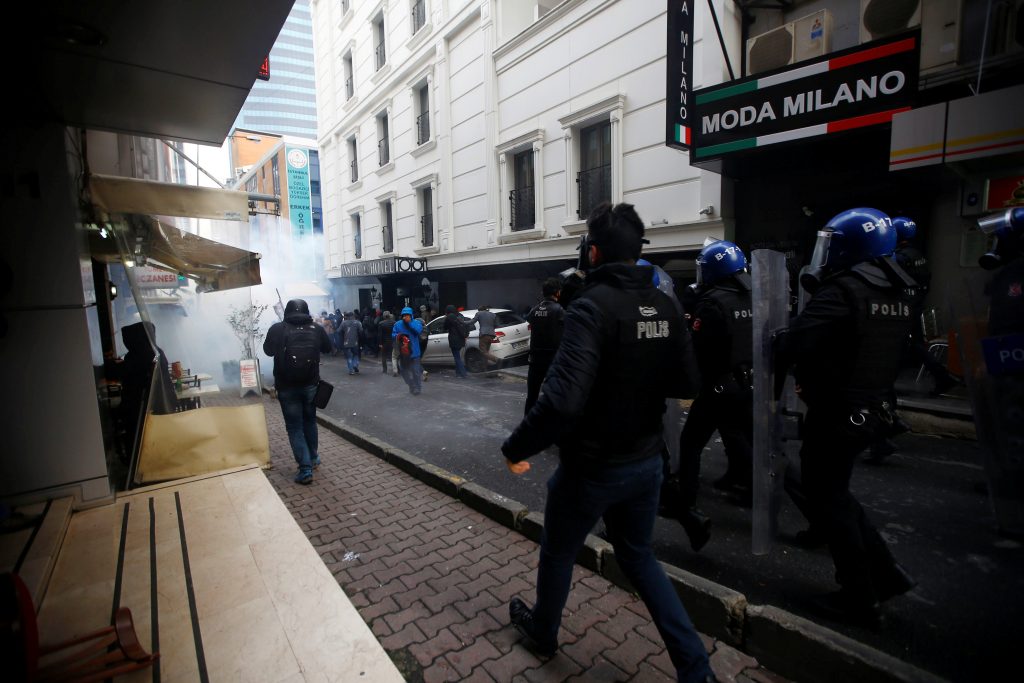 Turkey’s pro-Kurdish opposition Peoples’ Democratic Party (HDP) said on Sunday it was “halting its legislative efforts” after its leaders and other lawmakers were detained and said it would no longer take part in general assembly sittings.

“After discussions with our parliamentary group and our central executive board, we have decided to halt our legislative efforts in light of everything that has happened,” party spokesman Ayhan Bilgen said in a statement read out in front of its offices in Diyarbakir.

Contacted by Reuters after the statement, Bilgen said the HDP was not fully withdrawing from parliament and its deputies would remain members, but they would not take part in general assembly sittings or parliamentary commission meetings.

Turkish authorities arrested the coleaders of the HDP in a terrorism investigation on Friday, drawing international condemnation. The HDP, which made history last year by becoming the first Kurdish party to win 10 percent of the vote and enter parliament, is Turkey’s second-largest opposition grouping in the national assembly.