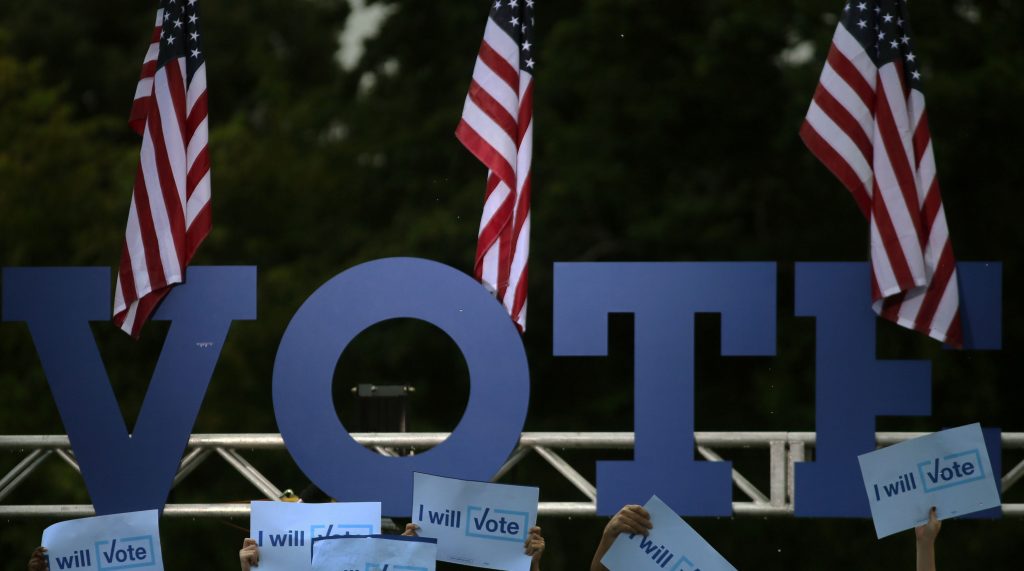 Republican Donald Trump and Democrat Hillary Clinton traded barbs as they entered the last three days of campaigning in the presidential election with competing events on Saturday in Florida, a swing state that could prove decisive in Tuesday’s vote.

Clinton and Trump are making their closing arguments to voters, crisscrossing the country in hopes of convincing last-minute undecided voters and rallying their bases to turn out enthusiastically on Election Day.

Opinion polls show Clinton still holds advantages in states that could be critical in deciding the election, but her lead has narrowed after a revelation a week ago that the FBI was looking into a new trove of emails as part of its probe into her handling of classified information while she was secretary of state.

The state opinion polls have found Florida as one of the most competitive among the battleground states – those that are hotly contested because their voters can swing either to Republicans or Democrats. The 2000 presidential election was decided in Florida after a dispute over votes and recounting of ballots went to the Supreme Court, which ruled in favor of Republican George W. Bush over Democrat Al Gore.

The Real Clear Politics average of Florida opinion polls found Clinton with a lead of about 1 percentage point – indicating the race there is a virtual tie.

Trump spoke at a rally on Saturday morning in Tampa, Florida, where he continued to criticize Clinton for supporting the Affordable Care Act, also known as Obamacare, in the wake of an announcement that premiums are going to rise next year.

“It’s not going to matter because if we win I’m throwing it out anyway,” Trump said.

Shortly before Clinton took the stage in Pembroke Pines, Florida, it began raining. People in the crowd waiting for Clinton at the outdoor rally remained in place as a downpour began, taking out umbrellas and fashioning garbage bags into head coverings.

“I’m thrilled to be here and boy is this a hardy group, rain or shine you are ready,” Clinton said, her voice cracking with hoarseness.

She cut her speech short as she became soaked in rain, saying, “I don’t think I need to tell you all of the wrong things about Donald Trump.”

In North Carolina, Trump campaigned along with his wife. “It is a movement for all of those who are left behind by a broken and rigged system,” Melania Trump said on Saturday of her husband’s campaign. “This is a movement which is inspiring and inclusive.”

Early voting began in September and the data firm Catalist estimates more than 30 million ballots have been cast in 38 states. There are an estimated 225.8 million eligible U.S. voters. Saturday is the final day for early voting in many Florida counties.

Trump told the crowd in Tampa that there would be a campaign event in Minnesota this weekend, although one had not previously been scheduled. Minnesota has not voted for a Republican since 1984. His campaign confirmed a rally scheduled for Wisconsin on Sunday has been canceled.

Trump has appeared to be struggling with support from his own Republican Party. Last week, Reuters/Ipsos polling found a majority of Republicans thought Clinton was going to win. This week, however, those numbers flipped and Republicans now narrowly believe he could win.