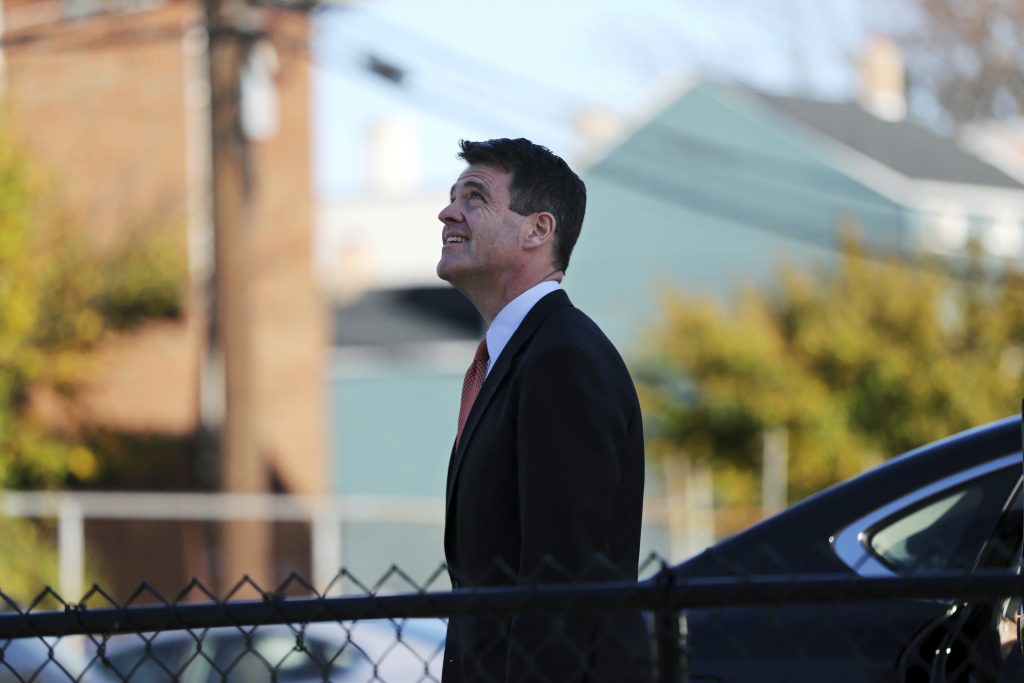 Jurors in the George Washington Bridge lane-closing trial in New Jersey are going to hear from lawyers one more time.

A defense lawyer for a former aide to Republican Gov. Chris Christie will give his closing argument on Monday. The prosecution will then get a chance to present a rebuttal summation before jurors begin deliberations.

The jury heard closing arguments from the prosecution and from the lawyer representing another former Christie ally on Friday.

The trial, entering its seventh week, will soon be in the jury’s hands to decide the fate of former Christie deputy chief of staff Bridget Kelly and former Port Authority of New York and New Jersey executive Bill Baroni.

A federal prosecutor told jurors on Friday that Kelly and Baroni were so eager to aid Christie’s rising political career in 2013 that they concocted a plan to create gridlock at the country’s busiest bridge to punish a mayor who didn’t want to go along for the ride. Baroni was a former state senator whom Christie appointed to be deputy executive director of the Port Authority, which operates the bridge.

They face charges including conspiracy, fraud and deprivation of civil rights. The most serious, wire fraud conspiracy, carries a maximum 20-year prison sentence.

In his closing argument, Baroni’s attorney assailed the government’s star witness, David Wildstein, a former political blogger and high school classmate of Christie’s. He said Wildstein, who worked for Baroni at the Port Authority, was Christie’s hatchet man at the agency and is a serial fabricator on whom the prosecution based the majority of its case.

Wildstein, who pleaded guilty last year, testified earlier in the trial that both defendants actively participated in the scheme to retaliate against Fort Lee Mayor Mark Sokolich, a Democrat whose endorsement was sought unsuccessfully by Christie’s office in 2013.

The scandal unfolded at a time when Christie was on the brink of a runaway re-election victory and was considered a top Republican presidential contender. He wasn’t charged, but the story dogged him through a failed presidential bid.

Christie has claimed he wasn’t aware of the lane closures or their possible political motivation until weeks or months later. But testimony during the trial by Wildstein, Kelly and Baroni contradicted his account.

Assistant U.S. Attorney Lee Cortes began his closing argument on Friday by showing jurors a video screen with Kelly’s now-infamous “Time for some traffic problems in Fort Lee.” email from a month before the lane closures.

Kelly testified she sent the email after finding out Sokolich had decided not to endorse Christie, but said the email was meant to give Wildstein the go-ahead to proceed with the traffic study.

Kelly’s attorney, Michael Critchley, on Monday will attempt to convince jurors of that.

Cortes said the plan was conceived by Wildstein but that he wouldn’t have been able to pull it off without Baroni and Kelly.