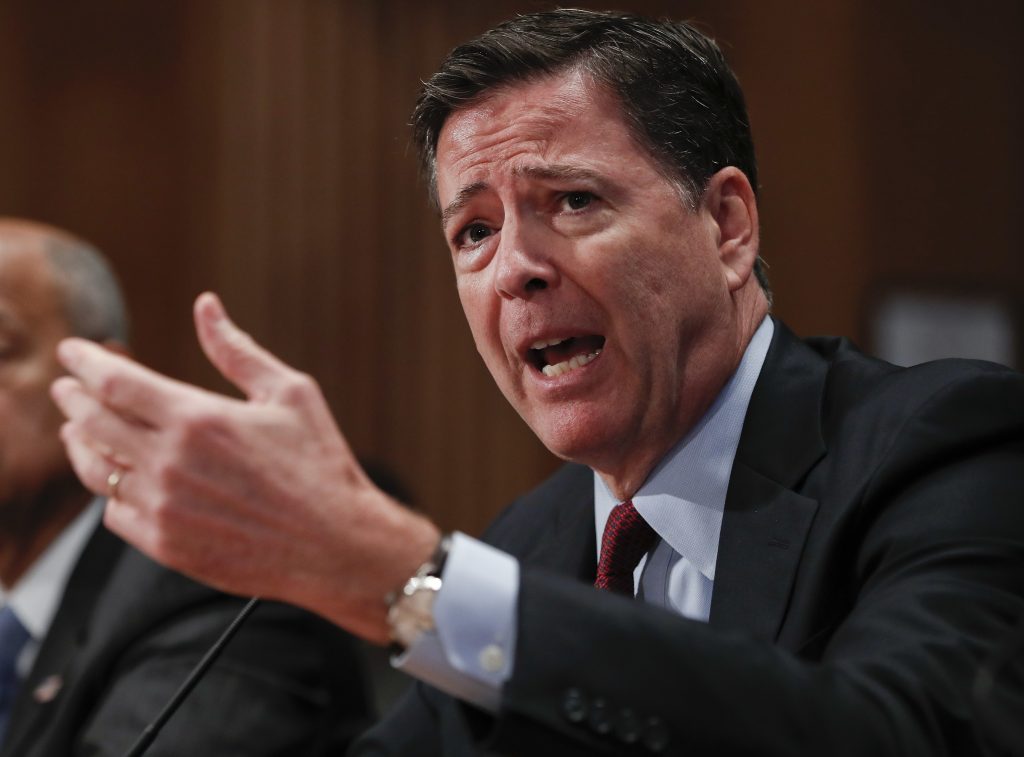 Hillary Clinton’s campaign on Sunday pressured FBI Director James Comey to release more details about the emails he says could be related to the investigation into her use of a private email server, including whether Comey had even reviewed them himself.

Tim Kaine, Clinton’s running mate, said Comey owed it to the public to be more forthcoming about the emails under review by the FBI with only 10 days remaining before the Nov. 8 election. Kaine’s message aimed to counter Republican rival Donald Trump, who has seized on the reignited email controversy in hopes of sewing fresh doubts about Clinton’s trustworthiness.

“As far as we know now, Director Comey knows nothing about the content of these emails. We don’t know whether they’re to or from Hillary at all,” Kaine said. The Virginia senator said if Comey “hasn’t seen the emails, I mean they need to make that completely plain. Then they should work to see the emails and release the circumstances of those once they have done that analysis.”

Clinton’s campaign chairman, John Podesta, said Comey’s handling of the matter was “inappropriate.” Podesta urged Comey to be more transparent because the disclosure came “in the middle of the presidential campaign so close to the voting.”

Comey, in a letter to Congress on Friday, said the FBI had recently come upon new Clinton-related emails while pursuing an unrelated case and was reviewing whether they were classified.

Clinton’s team tried to make its cases on the Sunday news shows, joining Democratic leaders who have said it was “unprecedented” for such FBI action so close to an election.

Her campaign has called on Comey to release all the facts known so far, and they have criticized his letter because, they contend, it lacks crucial details.

Trump campaign manager Kellyanne Conway said Comey was in “an impossible spot” when he acknowledged the FBI was looking into the messages. “Had he sat on the information, one can argue that he also would be interfering in the election,” by failing to disclose the review, Conway said.

Clinton said in Florida on Saturday that it was “pretty strange to put something like that out with such little information right before an election” and accused Trump of using the issue to mislead voters in the final leg of the campaign.

Trump told a crowd in Golden, Colorado, on Saturday, that the FBI’s review of Clinton email practices raises “everybody’s deepest hope that justice, as last, can be properly delivered.” His crowd cheered Clinton’s email woes, which Trump has taken to calling the biggest political scandal since Watergate.

The controversy over Clinton’s email practices while she served as secretary of State has dogged her for more than a year.

Late Saturday, four senior Democratic senators urged the Justice Department and the FBI to provide more detailed information by Monday about what investigative steps are being taken, the number of emails involved and what is being done to determine how many of the emails are duplicative of those already reviewed by the FBI.

The letter went to Comey and Attorney General Loretta Lynch from Sens. Ben Cardin of Maryland, Tom Carper of Delaware, Patrick Leahy of Vermont and Dianne Feinstein of California.

Goodlatte said he and Rep. John Conyers, D-Mich., encouraged Comey to make as much information as possible public before the election. He said the FBI chief “did not give us any response in terms of what more he could say.”

Goodlatte said he also asked Comey about the status of the request from the House Republicans on the referral “of potential impeachment — I’m sorry — potential perjury charges to be brought with regard to Ms. Clinton and he deferred to the Justice Department itself. He did not answer that question as well.”

The slip about impeachment reflected the GOP promise, if Clinton is elected, to doggedly investigate her.

A government official told The Associated Press on Saturday that the Justice Department had advised the FBI against telling Congress about the new developments in the Clinton investigation because of the potential fallout so close to the election. The official was not authorized to speak publicly about the matter and discussed it on condition of anonymity.

Justice officials concluded the letter would be inconsistent with department policy that directs against investigative actions that could be seen as affecting an election or helping a particular candidate, the official said.

Kaine and Goodlatte appeared on ABC; Podesta and Conway were on CNN.