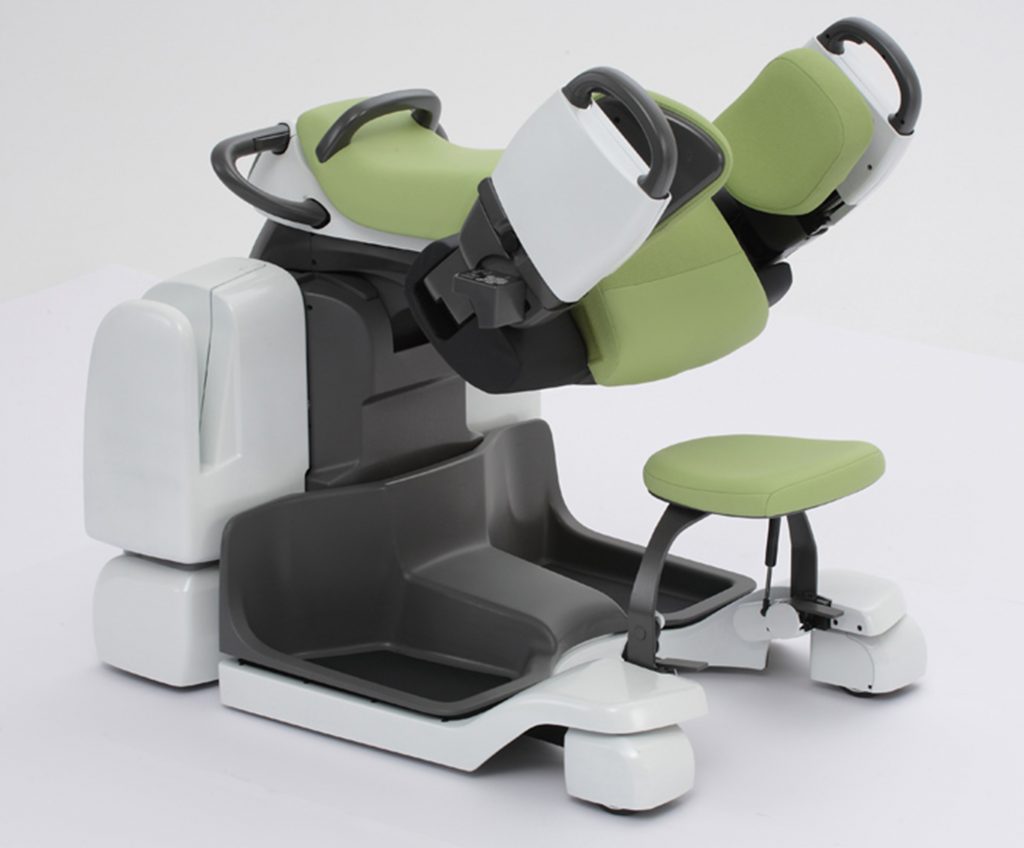 Even before Ford earlier this year unveiled its stunning vision for self-driving cars — vehicles without steering wheels or pedals by 2021 — Toyota appeared to be behind in the frenetic race to develop autonomous vehicles.

But Toyota, which spends $10 billion a year on research, doesn’t seem too worried about it.

For Toyota, the end game may be robots.

“Our approach probably is a little different,” acknowledged John Hanson, director of communications at the new Toyota Research Institute. “Autonomous cars are designed to drive you across town. Robots can help you up the stairs or into the shower. Both are about keeping people mobile.”

Moreover, much of the artificial intelligence and hardware needed for self-driving cars can also be applied to robots.

“It is entirely possible that robots will become for today’s Toyota what the car industry was when Toyota made looms (in the 1930s),” Dr. Gill Pratt, CEO of the Toyota Research Institute, said at this year’s Consumer Electronics Show. “Home robots may be even more personally prized in our future than cars have been in our past.”

With the aging baby-boomer generation swelling the already-large ranks of seniors — an estimated 600 million people worldwide — demand for robots could someday exceed the market for autonomous vehicles, Toyota believes.

“What Gill believes is our relationship with that robot could be even stronger than it was with cars,” Hanson said. “It becomes a pet, a guardian, a family member.”

For now, General Motors, Nissan and the German Big Three (Mercedes-Benz, Volkswagen/Audi and BMW) appear to lead in the scramble for driverless cars, according to the MIT Technology Review. Google and Tesla also are major players — and Google is involved with robotics as well.

Toyota officials say they don’t know or particularly care where they stand in the race for autonomy and artificial intelligence.

Years of work remain to be done, they say, and that effort got a billion-dollar push over the last year.

First, the automaker formed the Toyota Research Institute, a company focused on the development of artificial intelligence for mobility with offices in Michigan, the Silicon Valley and Cambridge, and partnerships with Stanford, MIT and the University of Michigan.

Then, in April, the automaker announced that it would open Toyota Connected Inc. in Plano, Texas, outside Dallas, a division of about 100 people that will collect and analyze data from Toyota vehicles, and provide a wide range of customer-friendly services such as warning of road hazards ahead or suggesting nearby restaurants based on a driver’s food preferences.

“For a mainstream manufacturer, Toyota is doing OK,” said Dr. Egil Juliussen, director of research and principal analyst for technology at IHS Automotive Markit. “They’re being careful. But before they started this (Toyota Research Institute) project, they were behind.”

And the development of artificial intelligence — the extremely complex system that will coordinate and manage all the technological pieces in an autonomous vehicle — is moving much more rapidly than many had expected, Juliussen said.

“What are in the works now are chips that can accelerate deep learning, artificial intelligence,” he said. “At one point, we were predicting that these vehicles would be available by 2025. What we’re seeing now is much more aggressive than that.”

Work began in August on a facility for Toyota Connected in Plano that should be occupied by December.

The building will be near the new 100-acre campus that Toyota is constructing for its North American headquarters in west Plano.

Some of the data that Toyota Connected collects — taken from vehicles’ computers with the permission of their owners — will be shared with Toyota Research Institute, which faces the formidable task of making cars think and react like humans.

“If a pedestrian is getting ready to cross the street as one of our cars approaches, is he paying attention, is he looking at you or is he looking at a cellphone?” noted Zack Hicks, CEO and president of Toyota Connected. “Autonomous cars will need to be able to make that determination.”

Rather than attempt a huge leap to full autonomy like Ford — an effort some analysts describe as a “moonshot” — Toyota will take a chauffeur/guardian approach, building steadily on the driver-assist technology already in its vehicles.

By next year, for example, most Toyota vehicles will have automatic braking systems that can bring a car or truck to a complete stop if the driver fails to respond.

Like other automakers, Toyota also offers lane-departure systems to warn drivers if another vehicle is in an adjacent lane and systems that check to see if anyone is approaching when a driver is backing out.

All of those will continue to get increasingly sophisticated, probably to the point where Toyota’s vehicles will briefly assume control if needed to avoid a collision.

“It’s all part of the goal to create vehicles that can’t crash,” Hicks said.