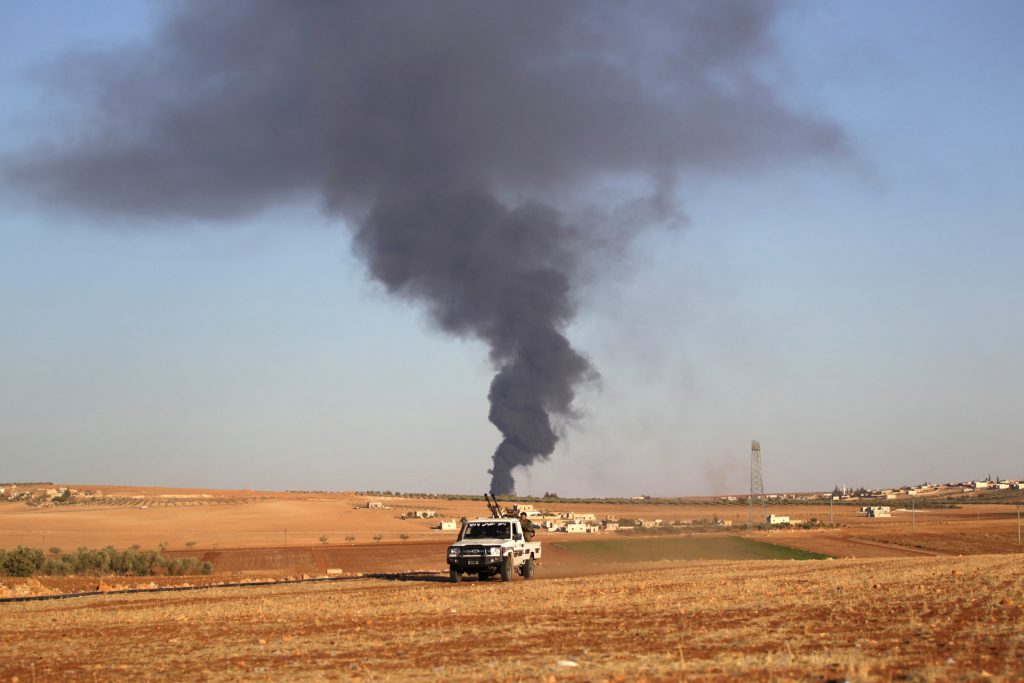 Syrian rebels launched Grad rockets at Aleppo’s Nairab air base on Friday, part of their preparations for a new offensive aimed at breaking the government siege of terrorist-held areas of the city, a rebel official and a monitoring group said.

Zakaria Malahifji, an official with the Fastaqim terror group present in Aleppo, said a number of insurgent groups would participate in the new offensive and that the bombardment of the air base was part of this.

“Today is supposed to be the launch of the battle,” Malahifji said. “All the rebel groups will participate.”

The Syrian Observatory for Human Rights, a British-based monitoring group, said that Grad surface-to-surface rockets had struck Nairab air base and also locations around the Hmeimim air base, near Latakia.

Aleppo, Syria’s most populous city before the war, has for years been split between a government-held western sector and the rebel-held east, which the army and its allies managed to put under siege this summer.