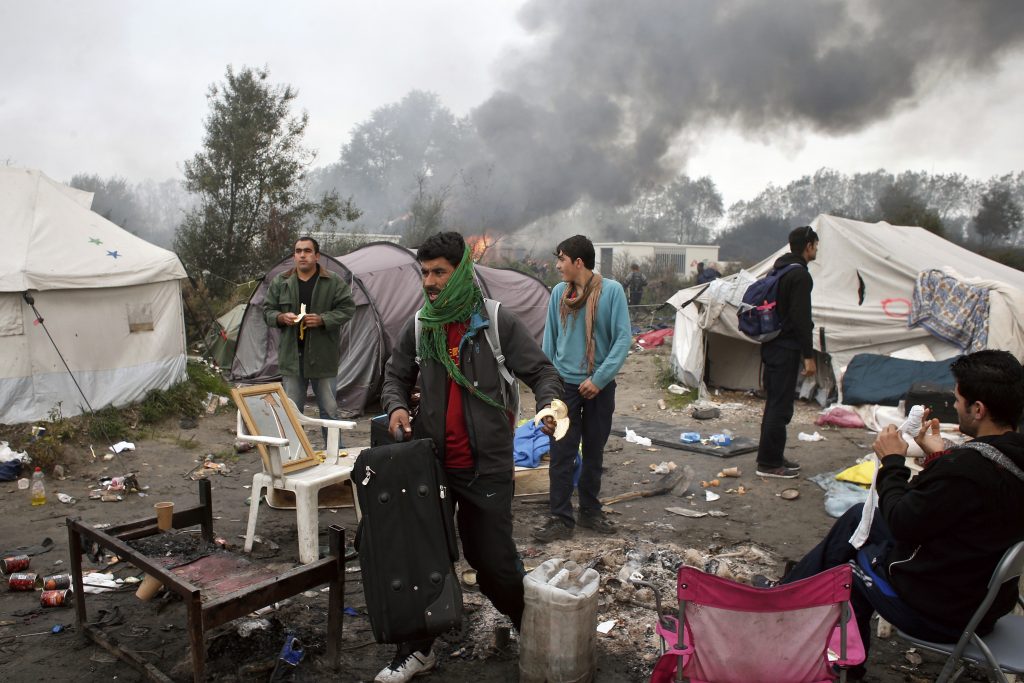 Local officials announced the destruction of the camp, where thousands fleeing war and poverty have lived in squalor as they waited for a chance to sneak across the English Channel into Britain. Migrants are being moved to reception centers around France where they can seek asylum.

“The camp is completely empty. There are no more migrants in the camp,” said Prefect Fabienne Buccio, the state’s highest authority in the region. “Our mission has been fully fulfilled.”

She said fires that engulfed wide swaths of the sprawling camp after midnight and continuing Wednesday “show the camp is empty.”

Authorities said four Afghans had been detained earlier Wednesday on suspicion of setting fires, which slightly injured one person who was taken to the local hospital.

“When Afghans leave, they set fires. It’s not our custom,” Buccio said.

Cleaning crews were moving in Wednesday night to clear debris and remove remaining tents and shelters, she said.

Migrants were seen milling around despite the announcement, but authorities said they would stop processing people by Wednesday evening.

Migrants have flocked to the Calais region for decades, but the camp has grown as Europe’s migrant crisis expanded. As it evolved into a massive slum supported by aid groups, France finally decided to shut it down.

Officials said that 1,500 migrants would be sent to reception centers around France on Wednesday. A total of 5,000 have been given shelter since the first day of the operation on Monday.

That includes unaccompanied minors being housed in heated containers in the camp, apparently untouched by the blazes.

As the reality of the mass evacuation took hold, fearful migrants from Afghanistan, Sudan, Eritrea, Syria and Pakistan braced for a new reality. Some pledged to just keep moving.

Numerous migrants heading down the road with backpacks said they would not get on a bus and were determined instead to slip into Britain.

“This jungle is no good. We go to new jungle,” said a 20-year-old from Pakistan, identifying himself as Muhammad Afridi. He said he was joining up to 30 friends in a place he refused to identify.

The main alley through the camp near the city of Calais burned overnight, leaving skeleton-like hulks on either side of the road. Firefighters delved into the camp’s deepest recesses, trying to prevent a massive conflagration.

Gas canisters popped as they exploded in the heat. One aid group’s truck burst into flames.

Migrants stood and watched. Some laughed.

Steve Barbet, a spokesman for the regional authorities, said one migrant was hospitalized. About 100 migrants were evacuated.

The camp once housed 6,300 migrants, according to authorities, but aid groups said the number had been much higher.