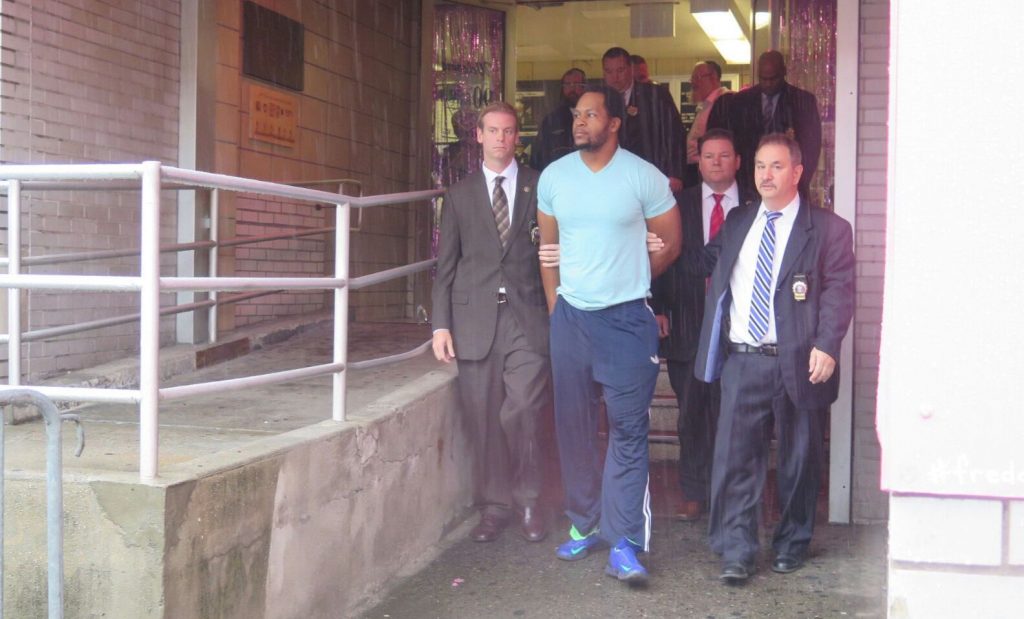 Two more suspects have been arrested and charged in the January 2014 murder of Menachem Stark, H”yd.

Brothers Erskin Felix and Kendall Felix, of Brooklyn, were arrested Thursday evening. Erskin, 38, was charged with kidnapping and second-degree murder. Kendall, 28, was charged with hindering prosecution and tampering with physical evidence.

Kendall was arrested first, while in Lower Manhattan. Upon hearing of his brother’s arrest, Erskin rushed to the 90th Precinct stationhouse, in Williamsburg, to ask police why his brother has been arrested – whereupon Erskin himself was arrested.

Erskin and Kendall are cousins of Kendel Felix, who was convicted last month of Menachem’s kidnapping and murder. Kendel is scheduled to be sentenced on Nov. 2, by Brooklyn Supreme Court Justice Alexander Jeong. He faces a maximum of 25 years to life in prison.

Erskin was ordered held without bail. Kendall is out on $250,000 bail.

Acting Brooklyn District Attorney Eric Gonzalez said, “This long-term, complex investigation … is testament to the commitment of this office and the New York City Police Department to get justice for the Stark family.”

Observers had been expecting the brothers’ arrest for some time, as evidence emerged during Kendel’s trial implicating them in the crime.

Kendel described his cousins’ involvement in a videotaped confession he gave investigators upon his April 2014 arrest, which was played at his trial. According to Kendel, Erskine had approached him and suggested that they rob Menachem. They kidnapped Menachem outside his Williamsburg real-estate office on the night of January 2, 2014. Menachem is believed to have been accidentally suffocated during the kidnapping and botched robbery attempt. Kendall and Kendel then disposed of Menachem’s body in Great Neck, Long Island, where it was found the next day.

In the confession, Kendel Felix said a fourth man, Irvine Henry, was also involved in the crime. Henry has not been arrested.