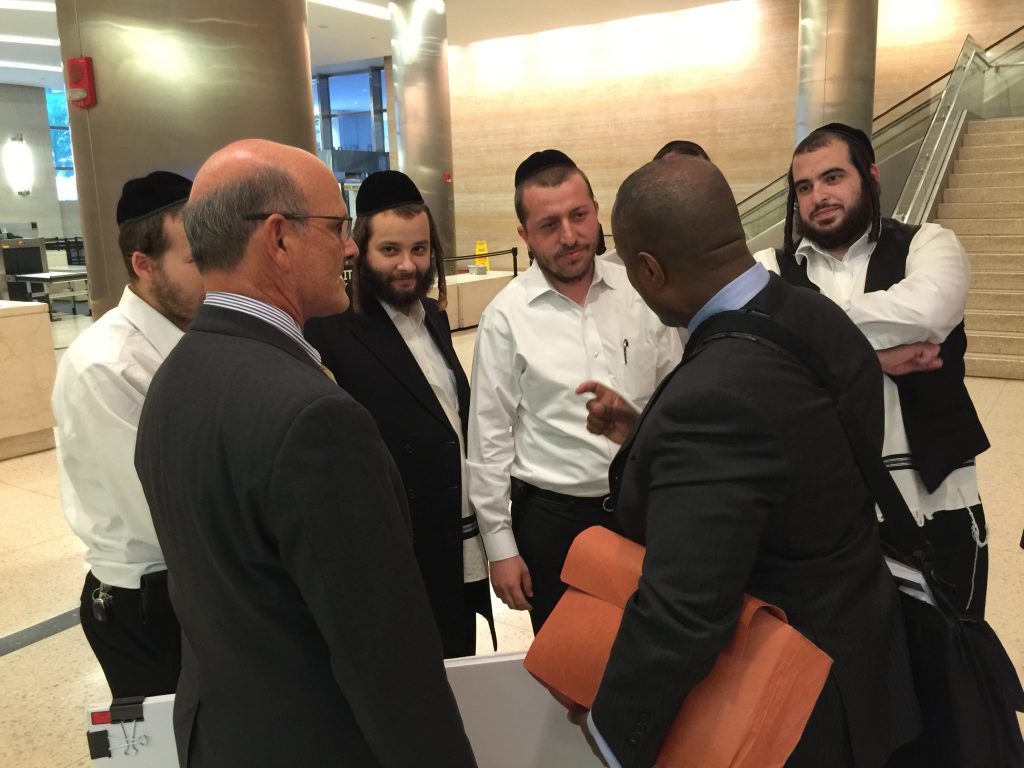 Kendel Felix was convicted Monday of kidnapping and second-degree murder for the January 2014 death of Menachem Stark, Hy”d. A jury of 10 women and two men deliberated for two-and-a-half days before convicting Felix of the most serious charges he faced, and acquitting him of the lesser charge of attempted robbery.

Felix sat emotionless as the verdict was read in Kings County Criminal Court. In the gallery, Felix’s mother was also stoic, as was a large group of Stark’s family and friends.

Felix gave a videotaped confession to the crimes when he was brought in for questioning by police in April 2014. Prosecutors played the confession during the trial, and also showed cellphone records of Felix’s whereabouts on the night of the crime, which matched the details given in his confession. Location data of Stark’s phone on the night of the murder also showed that he was with Felix during that time. In his confession, Felix implicated a number of his own family members. Thus far, he is the only one who has been charged, but charges may soon be brought against the others.

“The family hopes that this is just the start of obtaining justice,” Yitzy Stark, Menachem’s brother, told Hamodia. “But justice is not complete until all the killers are brought in.”

The Stark family expressed appreciation to the prosecution team of Howard Jackson and Emily Dean, as well as Kenneth Taub, Chris Blank, Mark Feldman and others in the Brooklyn District Attorney’s office who spent years working to gather evidence and obtain justice for the Stark family.

“No words are enough to thank them,” Sima Bernat, Menachem’s mother-in-law, told Hamodia. “As much as we tried to express our thanks, it will never be enough.”

“And we hope they continue all their hard work,” added Yitzy Stark.

The Felix family has declined all media requests.

Asked to describe his feelings after the verdict, Felix’s attorney, Jack Goldberg, told Hamodia, “Disappointing – that’s all I can say.”

“He will be appealing it,” added Goldberg.

Felix faces a maximum of 25 years to life in prison on each of the two counts when he is sentenced by Justice Alexander Jeong on Oct. 19.