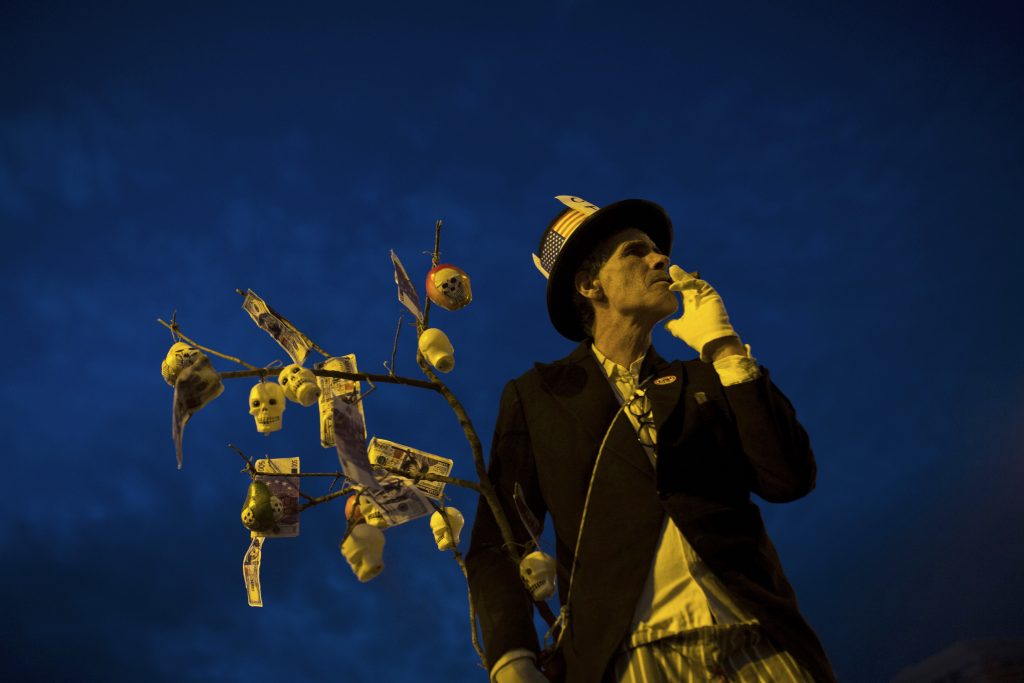 Several hundred people have protested in Madrid against the Trans-Atlantic Trade and Investment Partnership, a major free trade deal between the United States and the European Union.

The protesters Saturday also urged officials not to approve the Comprehensive Economic and Trade Agreement, a smaller trade agreement between Canada and the EU, and the Trade in Services Agreement, which involves the EU.

Protesters carried signs claiming the deals would impoverish locals, chanting, “They are not treaties, they are coups d’état!” and “We are people, not merchandise!” Some wore huge yellow foam chains around their necks to signify enslavement, while others dressed up as tycoons.

Spain is recovering from an economic crisis that left massive youth unemployment. Its economy is on the upswing but politicians have struggled for months to form a government.