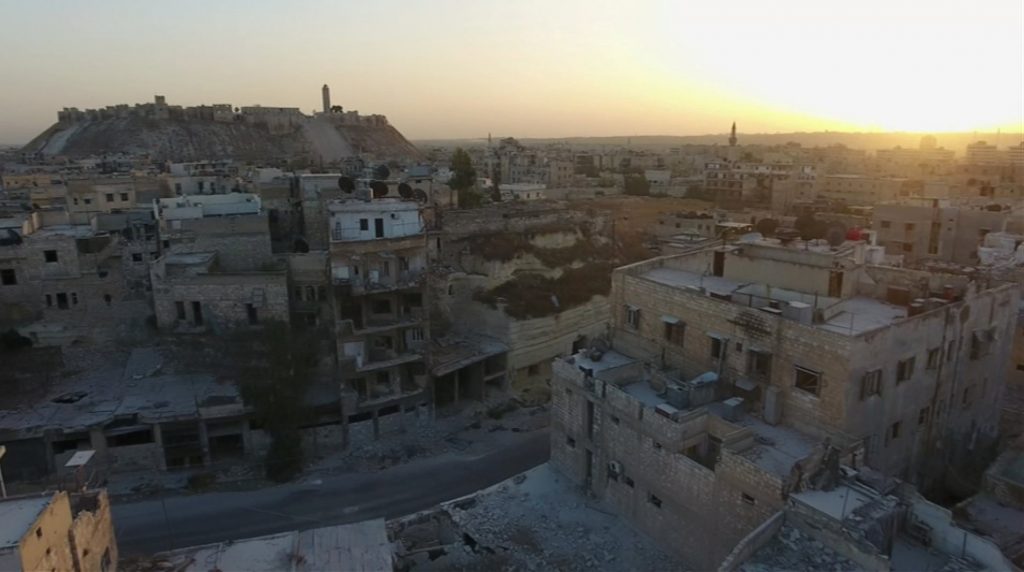 President Barack Obama and his top foreign policy advisers are expected to meet on Friday to consider their military and other options in Syria as Syrian and Russian aircraft continue to pummel Aleppo and other targets, U.S. officials said.

Some top officials argue that the United States must act more forcefully in Syria or risk losing what influence it still has over moderate rebels and its Arab, Kurdish and Turkish allies in the fight against Islamic State, the officials told Reuters.

One set of options includes direct U.S. military action such as air strikes on Syrian military bases, munitions depots, or radar and antiaircraft bases, said one official who spoke on condition of anonymity as he was not authorized to discuss internal deliberations.

This official said one danger of such action is that Russian and Syrian forces are often commingled, raising the possibility of a direct confrontation with Russia that Obama has been at pains to avoid.

U.S. officials said they consider it unlikely that Obama will order U.S. air strikes on Syrian government targets, and they stressed that he may not make any decisions at the planned meeting of his National Security Council.

One alternative, U.S. officials said, is allowing allies to provide U.S.-vetted rebels with more sophisticated weapons, although not shoulder-fired antiaircraft missiles, which Washington fears could be used against Western airliners.

Friday’s planned meeting is the latest in a long series of internal debates about what, if anything, to do to end a 5½-year civil war that has killed at least 300,000 people and displaced half the country’s population.

The ultimate aim of any new action could be to bolster the battered moderate rebels so they can weather what is now widely seen as the inevitable fall of rebel-held eastern Aleppo to the forces of Russian- and Iranian-backed Syrian President Bashar al-Assad.

It also might temper a sense of betrayal among moderate rebels who feel Obama encouraged their uprising by calling for Assad to go but then abandoned them, failing even to enforce his own “red line” against Syria’s use of chemical weapons.

This, in turn, might deter them from migrating to Islamist groups such as the Nusra Front, which the United States regards as Syria’s al-Qaeda branch. The group in July said it had cut ties to al-Qaeda and changed its name to Jabhat Fatah al-Sham.

The U.S. and Russian foreign ministers will meet in Lausanne, Switzerland on Saturday to resume their failed effort to find a diplomatic solution, possibly joined by their counterparts from Turkey, Qatar, Saudi Arabia and Iran, but U.S. officials voiced little hope for success.

Friday’s planned meeting at the White House and the session in Lausanne occur as Obama, with just 100 days left in office, faces other decisions about whether to deepen U.S. military involvement in the Middle East — notably in Yemen and Iraq — a stance he opposed when he won the White House in 2008.

In Iraq, U.S. officials are debating whether government forces will need more U.S. support both during and after their campaign to retake Mosul, Islamic State’s de facto capital in the country.

Some officials argue that the Iraqis now cannot retake the city without significant help from Kurdish Peshmerga forces, as well as Sunni and Shi’ite militias, and that their participation could trigger religious and ethnic conflict in the city.

In Syria, Washington has turned to the question of whether to take military action after its latest effort to broker a truce with Russia collapsed last month.

The United States has called for Assad to step down, but for years has seemed resigned to him remaining in control of parts of the country as it prosecutes a separate fight against Islamic State terrorists in Syria and in Iraq.

The U.S. policy is to target Islamic State first, a decision that has opened it to charges that it is doing nothing to prevent the humanitarian catastrophe in Syria and particularly in Aleppo, Syria’s largest city.

Anthony Cordesman of Washington’s Center for Strategic and International Studies think tank suggested the United States’ failure to act earlier in Syria, and in Aleppo in particular, had narrowed Obama’s options.

“There is only so long you can ignore your options before you don’t have any,” Cordesman said