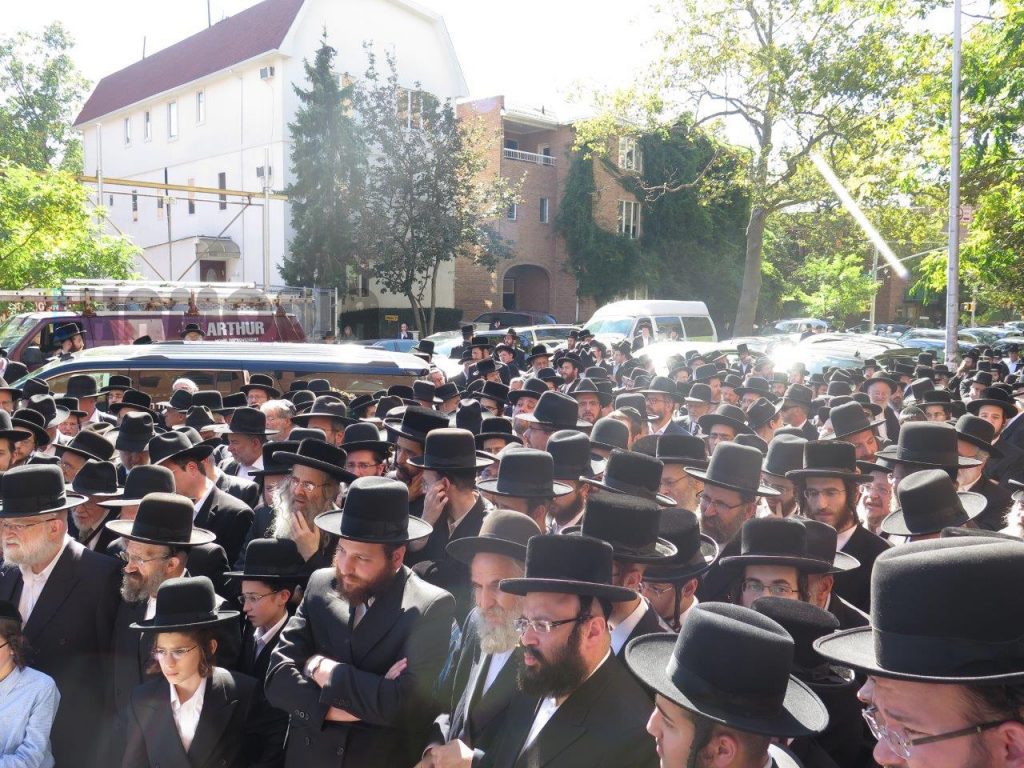 The levayah began in front of the Mukatch beis medrash and continued via the Sanz-Klausenberg beis medrash. Harav Williger was very close with both Chassidic courts.

On Motzoei Shabbos, his aron will be flown to Eretz Yisrael, where kevurah will be Sunday on Har Hamenuchos.

The family will be sitting shivah at 1830 55th Street in Boro Park.

A full tribute will be forthcoming, b’ezras Hashem.