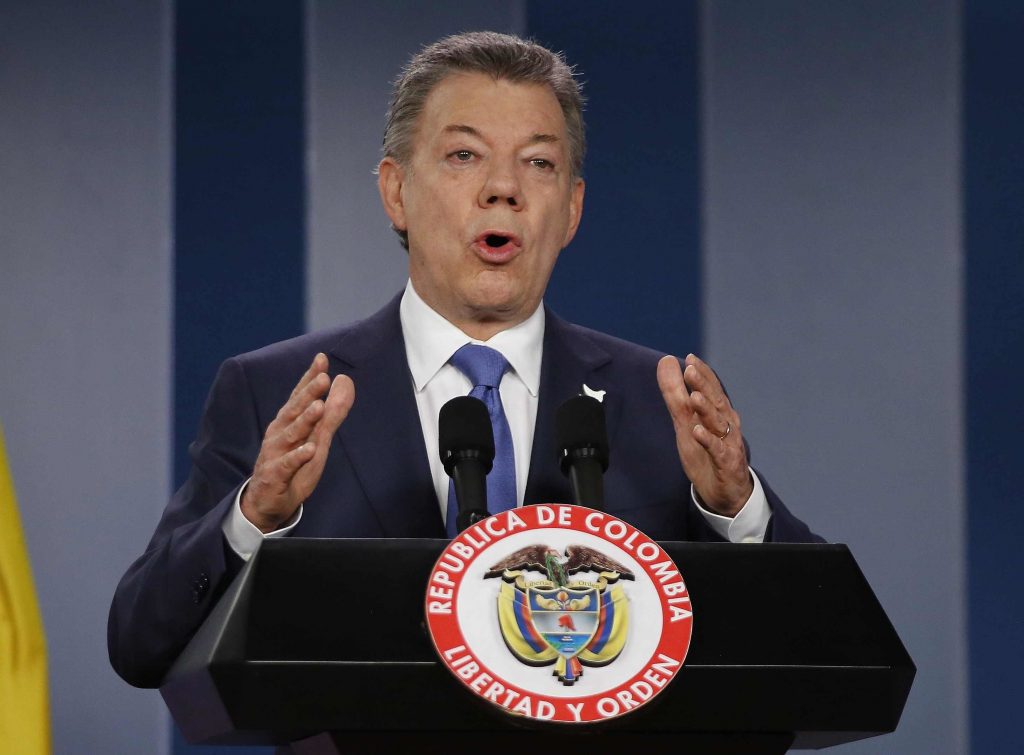 Colombian President Juan Manuel Santos won the 2016 Nobel Peace Prize on Friday in a surprise choice after Colombians voted “No” to an agreement he signed with Marxist rebels to end 52 years of war.

Santos has promised to revive the peace plan even though Colombians, in a referendum on Sunday, narrowly rejected the accord. Many voters believed it was too lenient on the FARC guerrillas.

“The award should also be seen as a tribute to the Colombian people,” committee leader Kaci Kullmann Five said when announcing the prize.

Voters did not say “No” to peace but to the agreement, she said.

Some Nobel watchers had taken Colombia off their lists of favorites after the referendum “No.”

“The fact that a majority of the voters said “No” to the peace accord does not necessarily mean that the peace process is dead,” the committee said. “This makes it even more important that the parties, headed by President Santos and FARC guerrilla leader Rodrigo Londoño, continue to respect the ceasefire.”