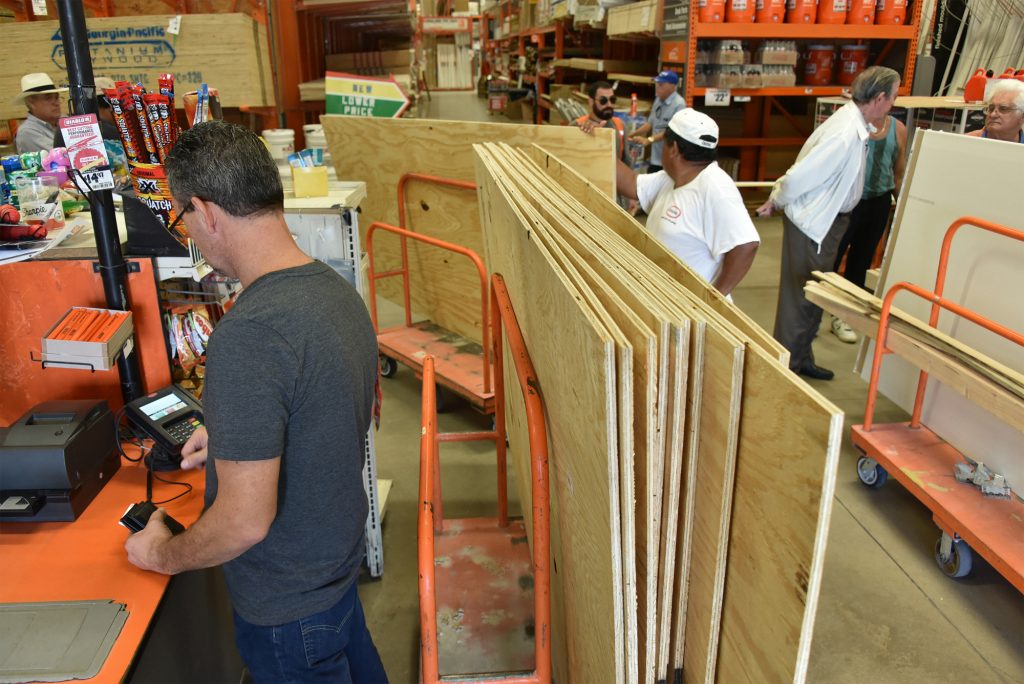 Matthew’s top winds grew to 120 miles (193 kilometers) per hour, according to an 11 a.m. National Hurricane Center advisory. The Category 3 storm, on the five-step Saffir-Simpson scale, forced the closure of the Buckeye oil terminal in Freeport, Bahamas, and could disrupt oil shipments throughout the U.S. East Coast as other ports close.

“The big thing is that the Northeast gets spared, which is good and bad because they actually needed the rain, and the Outer Banks too,” said Evan Duffey, a meteorologist at AccuWeather Inc. in State College, Pennsylvania. “Regardless, the Bahamas and Florida are going to see a deteriorating situation throughout the day. Landfall is still possible in Florida.”

Evacuations could result in $10 billion to $15 billion in losses due to economic disruption, said Chuck Watson, a disaster modeler with Enki Research in Savannah, Georgia. The storm could also cause coastal erosion and wind damage, he said.

South Carolina Gov. Nikki Haley ordered the evacuation of Charleston and Beaufort counties, including their namesake cities. The counties have a combined population of about 568,851 according to the U.S. Census Bureau.

Florida has ordered people to leave barrier islands in Brevard County, and voluntary evacuations have begun in St. Lucie, Flagler and Duval counties, according to a statement from Gov. Rick Scott.

Utilities across the region have repair crews standing by to respond to power outages. Juno Beach, Florida-based NextEra Energy Inc. said Tuesday it was mobilizing a 6,300-member repair force and pre-positioning equipment ahead of the storm. Customers were urged to prepare for repeated blackouts from trees falling on power lines.

In Florida, a hurricane warning covers Lake Okeechobee and the coast from the Flagler/Volusia county line to Sebastian Inlet north of Point St. Lucie. Warnings have also been issued throughout the Caribbean and the Bahamas, where the storm is still battering Haiti and eastern Cuba and is nearing Long Island, Bahamas.

About 55,000 people who lost their homes in a 2010 earthquake are still living in shelters across Haiti, the United Nations said in a statement. Haiti will be vulnerable to landslides for days to come, Duffey said.

Matthew was 55 miles north-northeast of Cabo Lucrecia, Cuba, according to the National Hurricane Center advisory. It is forecast to strengthen back to a Category 4 system as it nears Florida early Friday.

“The environment between the Bahamas and Florida is favorable for Matthew to restrengthen some during the next couple of days,” Lixion Avila, a senior hurricane specialist at the center, wrote in an analysis.

On its current forecast track, Matthew should move up Florida’s east coast just off shore. Any deviation could mean the difference between massive devastation and essentially missing the state.

“It will likely take another day or so for the potential impacts of Matthew in the United States to fully clarify,” Daniel Brown, the Miami center’s warning-coordination meteorologist, wrote in an analysis Wednesday.

The storm has a high chance of killing people caught in the open, tearing the roofs off homes and buildings, washing out roads and bridges and causing widespread power outages that could last weeks, according to the National Weather Service.

As much as 10 inches of rain could fall in parts of Florida, the hurricane center said.

Earlier forecasts called for an upper-level weather pattern to grab Matthew and drag it north up the U.S. East Coast, Duffey said. It looks now that the storm will drift away from the U.S. and back out to sea through the weekend, though some models have it looping back around to take another pass through the Bahamas.