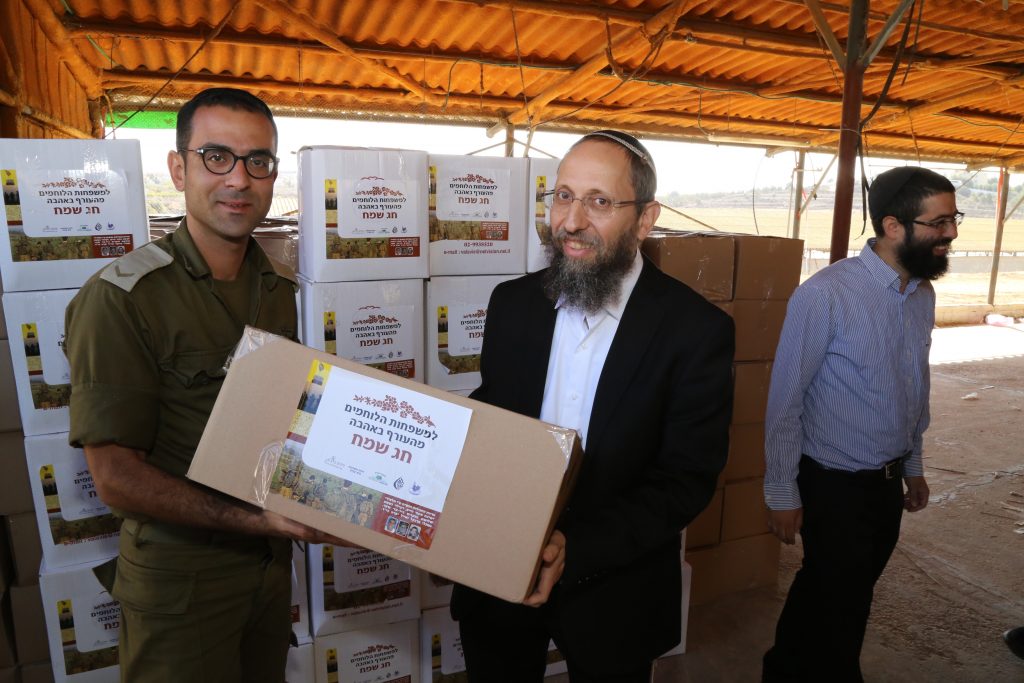 As Rosh Hashana approaches, the IDF is making its annual preparations.

In military bases and outposts across the country, additional synagogues and prayer facilities will be opened; chazzanim and baalei tekiya will be brought to the troops, as well.

As usual, the festive foods will be supplied in grand quantities: The soldiers will have some 14 tons of apples to dip into 2 tons of honey.

The meal shipments will include 7,500 bottles of grape juice and 9,200 bottles of soft drinks, the army said in a statement.

For the main course, the IDF kitchens are preparing 42 tons of chicken and turkey, 10 tons of roast beef and goulash, 10 tons of fish, 13 tons of schnitzel, 12 tons of barbecue meats, and about 32 tons of fruits and vegetables.

For the non-carnivorous, there’s an option for such items as corn schnitzel and vegetarian hamburgers.

Approximately 2,000 units of special Rosh Hashanah combat rations are on order for those stationed in remote areas and at sea.