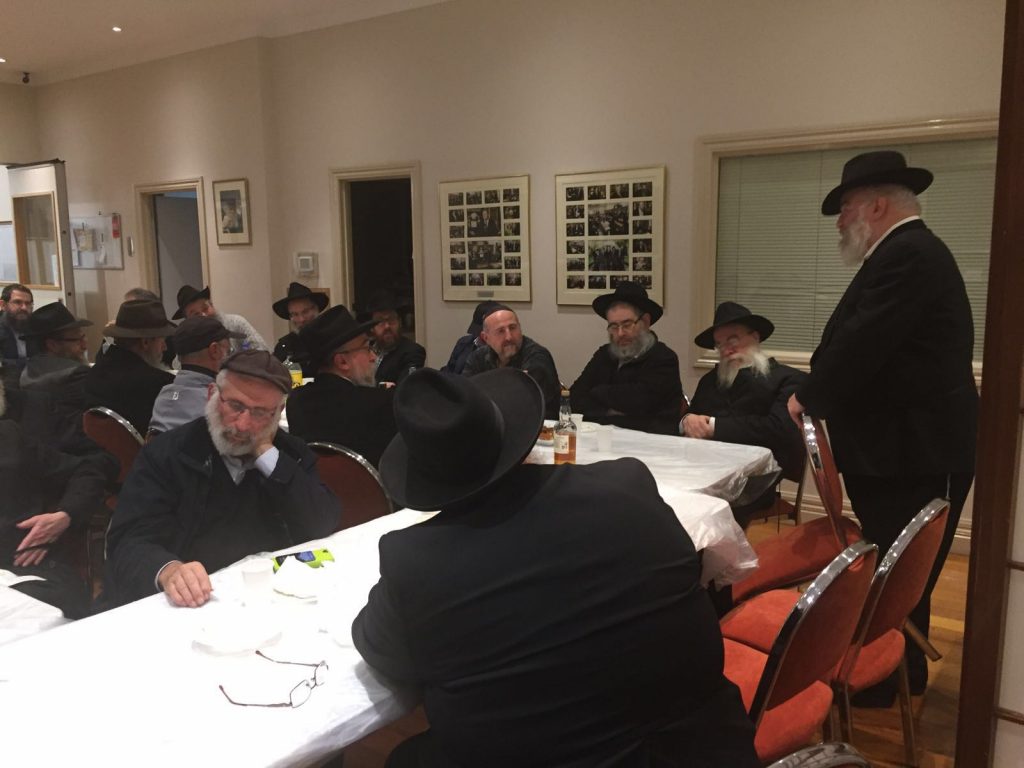 The 10th of Elul was the 25th yahrtzeit of Yankel Rosenbaum, Hy”d, murdered in the 1991 Crown Heights Riots. While his death and the terrible circumstances of his death — the anti-Semitism, hatred and violence — remain impossible to comprehend, the period of time that has passed since that tragic day seems to have done so at breakneck speed. Like all pivotal events in history, everyone seems to remember vividly where they were and what they were doing when they heard of Yankel’s untimely death.

Depending on the source of information, the world has gotten to know Yankel as the “ultra-Orthodox” Australian Jewish scholar studying in New York. Sometimes referred to as a yeshivah student or a rabbinical student, occasionally he is correctly described as the doctoral student from the University of Melbourne he truly was. It was his search for pre-Holocaust documents — She’eilos U’teshuvos — central to his thesis that took him to New York. His thesis topic was Issues of Conflict in the Shtetl 1882 to 1939. In other words, the (systematic) halachic response to anti-Semitism in that period prior to the Holocaust. How ironic, given the circumstances of his murder.

What is rarely mentioned about Yankel is that while a doctoral student, each day till lunchtime he would learn in the Lubavitch kollel in Melbourne — which learning was central to him and his very being.

Following his death, Yankel’s various university colleagues went to great lengths to relate their respect and admiration for his unique academic ability and intellectual skills in being able to communicate in English authentic Torah without compromising its true essence.

In the weeks leading up to the 25th yahrtzeit, Yankel’s friends decided that the most fitting tribute to their never forgotten friend on this milestone juncture would be to learn Mishnayos. In a very short time, the responsibility for learning Mishnayos was enthusiastically assumed, the venue and catering organized and the appropriate publicity undertaken. In all previous years, commencing on Yankel’s first yahrtzeit, I have made a siyum on the Shishah Sidrei Mishnah. In the early years that siyum had occurred on the yahrtzeit itself and, in more recent times, for largely pragmatic reasons dictated by work commitments, the siyum had taken place on the Shabbos preceding the yahrtzeit. This year however, come whatever else, Yankel’s friends were committed to ensuring that the 25th yahrtzeit would not pass without a siyum!

The siyum took place as planned, immediately preceded by Minchah. The venue — Beis Chabad Ohel Devorah — a shtiebel, aptly described as boutique, was filled with Yankel’s friends. Also present were a number of people who did not know Yankel personally during his life but who, through the media, had come to know him over the years following his murder. In common among all who were present was an undeniable overwhelming sense of respect for the person Yankel was and why he had died — because he was a Jew!

Following the siyum and saying Kaddish, I spoke of the fateful day 25 years earlier that I had been told of Yankel’s murder and the numbness that beset me that day and which has been an integral part of me ever since. Yankel’s death is unbelievable; that he was murdered for being a Jew incomprehensible and that 25 years has already passed — impossible!

A number of Yankel’s friends at the siyum had been living in Crown Heights when he was murdered. Indeed, he was on his way to visit some of them when he was fatally attacked. Invariably, as happened at the siyum, whenever the topic of the Crown Heights riots and Yankel’s murder are raised, so too is the question: Could it happen now?

At times over the years since the 1991 riots, people familiar with Crown Heights have been confident it could not. Then something violent and senseless happens — locally or across the nation, and that confidence is shattered. Regrettably, that remains the case. Most disturbing is the palpable lack of intellectual honesty that has existed over the last 25 years about the nature and the proponents of the violence during the Crown Heights riots which claimed Yankel’s life.

A convenient but blatantly false narrative that has been perpetuated over the last 25 years (and which unfortunately continues) is that somehow underlying racial tensions between the African American and Jewish communities of Crown Heights erupted into the anti-Semitic violence that is known as the Crown Heights riots. Wrong! Simply, not true!

The truth is that anti-Semites from outside Crown Heights, who were in Crown Heights that day for a summer concert, used the tragic accidental vehicular death of a 7-year-old Caribbean American boy to justify their physical attacks on the Jews of Crown Heights and the murder of Yankel. The rioters did not go home that night. For almost four days their numbers, and the viciousness of their wanton violence, continued to increase in response to rally call: “Kill the Jews!” This lawlessness, a modern day pogrom, occurred against a backdrop where the brave officers of the NYPD were ordered by a perverted City leadership not to enforce the law or protect the innocent.

It took a comprehensive independent investigation in 1993 by the New York State Director of Criminal Justice Richard Girgenti to officially expose the failures of the City administration — led by then-Mayor, David Dinkins and then-Police Commissioner Lee Brown. Yet, even today, 25 years later, the false narrative is heard all too often, and all too often it is unchallenged!

The siyum on his 25th yahrtzeit was a unique opportunity for his friends to pay respect to Yankel, to learn in his memory, reminisce as to who he was and what he was, remember what occurred and how he had died, and reflect on our responsibilities to one another al pi Torah, to ensure that the history known as the Crown Heights riots is never repeated.