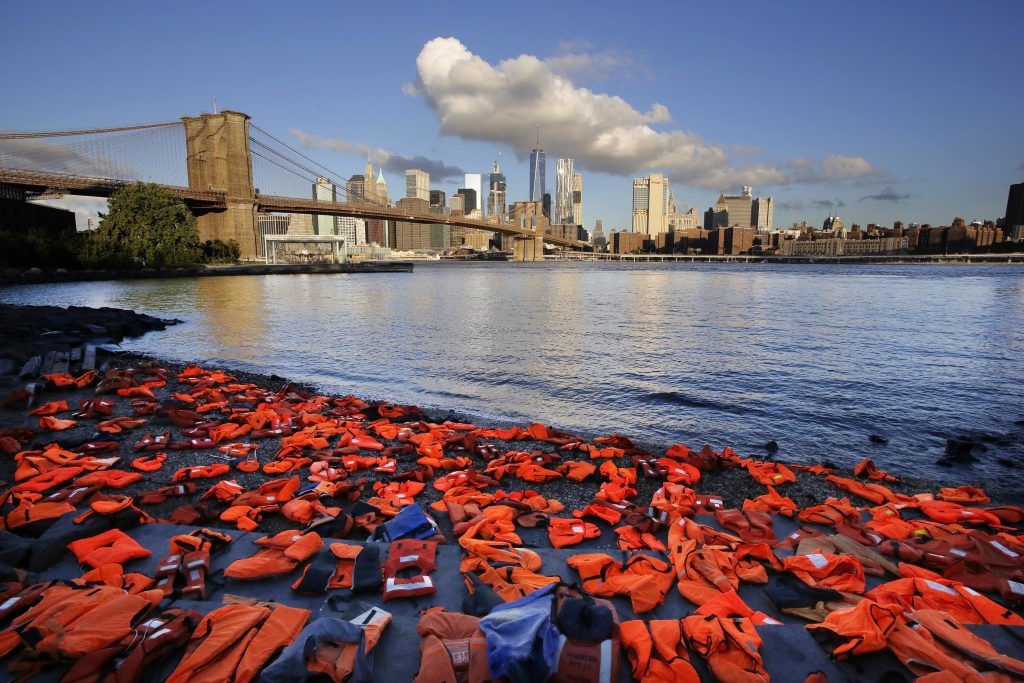 Advocates have placed hundreds of life jackets on the ground along the New York City waterfront to draw attention to the refugee crisis.

The group Oxfam America says many of the life jackets used for the Friday action were used by adult and child refugees and collected on beaches in Greece.

The bright orange life jackets were placed next to the water at Brooklyn Bridge Park, with a backdrop of the famous bridge and the city’s skyscrapers beyond.

The undertaking was a prelude to next week’s United Nations Summit for Refugees and Migrants.