World ANALYSIS: In Long and Bloody Syria War, This Truce May Be Different
World 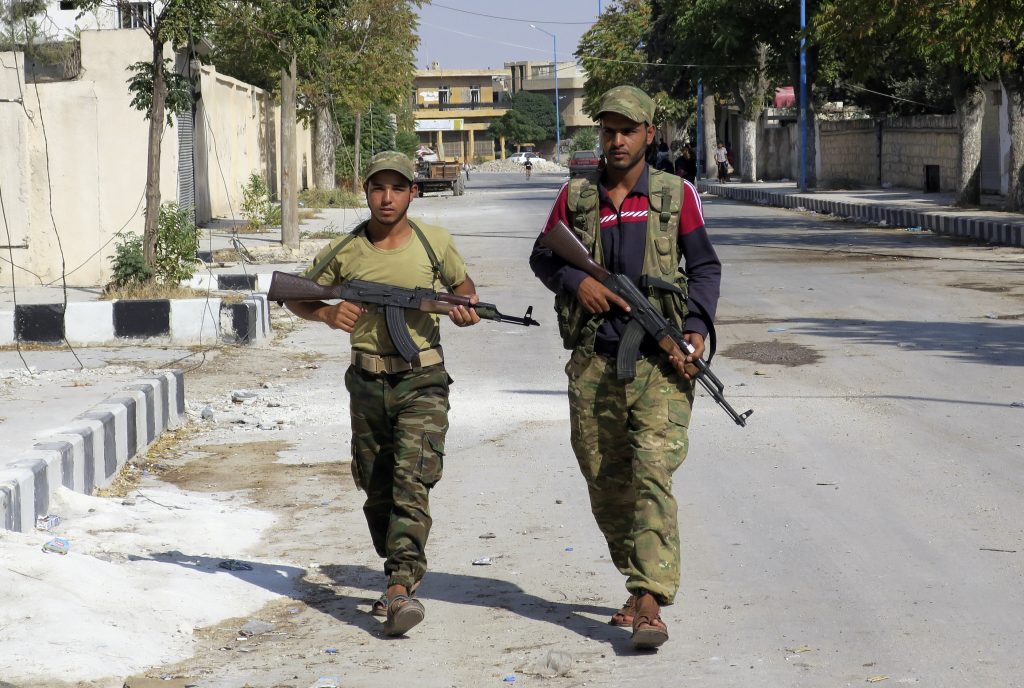 Five years of failed efforts to quell the fighting in Syria have persuaded many observers that the war, inconclusive and catastrophic on a historic scale, may not be resolvable. A truce earlier this year took effect, soon started to fray, then vanished. But some things are different this week as a cease-fire brokered by the United States and Russia took effect.

The reasons for pessimism are clear.

Syrian President Bashar Assad is deeply entrenched in Damascus and seems willing to do whatever it takes to stay in power. He enjoys support not only among his fellow Alawites, followers of an offshoot of Shia Islam, but from Christians and other minority groups. Many fear his authoritarian rule less than a scenario in which security services collapse and the country falls into the hands of Islamist Sunnis.

Meanwhile, the factions fighting Assad are beset by competing agendas and visions for a future Syria. Gradually Sunni Islamists have overshadowed the original “moderates” of the Free Syria Army and its splinter groups. That lends some resonance to Assad’s message that, in effect, he is the least bad option.

The United States has not been eager to wade into this quagmire. The Obama administration and its allies have lightly armed and trained some of the supposedly moderate rebel groups but have refused a more robust intervention and have not supported calls for a no-fly zone in the country’s north. Vladimir Putin’s Russia was able to step in, bolster Assad and carve out a leadership role.

Still, a deeper look at the landscape does reveal some movement that allows a glimmer of hope that a turning point may have been reached with the truce that took effect Monday.

In accepting the cease-fire, Assad vowed to recover all the land he lost in the war. But terms of the deal, revealed to The Associated Press by U.S. officials, appear to freeze in place many of the rebels’ gains. During an initial period, all attacks are to stop except those targeting the Islamic State group, al-Qaida-linked terrorists and other jihadist groups, and peace talks are to follow.

Previous talks in Geneva collapsed in part because the Assad government never fully respected a cease-fire timed to facilitate negotiations. It claimed it was targeting al-Qaida-linked terrorists, but other rebel groups, as well as a marketplace, a school and a hospital, were also struck. Now that pretext is gone: If the current cease-fire holds for one week, the U.S. and Russia agreed to coordinate strikes against al-Qaida offshoots and the Islamic State group, and Assad is to limit military operations to IS territory only.

The next five days are crucial. Assad is still allowed to strike al-Qaida-linked terrorists during this time. But if Assad refrains from targeting other rebel groups, and the U.S. and Russia exercise their firepower judiciously, the conditions on the ground could allow for talks that Russia’s Foreign Ministry says could resume as early as next month.

Every previous peace effort has foundered over the insistence by the Syrian opposition, backed by much of the world, that Assad must go — and yet no party has been willing or able to do what it takes to remove him. There are signs, however, that the demand is looser now.

Turkey conceded last month that it would accept a role for Assad in a transition period. The U.S. has also quietly walked back its call for his immediate departure. None of the discourse around the current cease-fire addressed Assad’s future — only a “peace process” to follow the cessation of hostilities. That may be a reason why some U.S. officials seem unhappy with the deal and have apparently balked at releasing its precise text.

One possible avenue might be to hold genuinely free, internationally supervised elections in which Assad would be able to run. The United Nations has said it wants elections to be held next year. A future with a democratically legitimate Assad may seem improbable, but optimists may see such a vote as a way to finesse an end to the conflict.

It is remarkable to observe how the Syria war has now made a partner out of Putin’s Russia, only recently vilified for seizing Crimea from Ukraine and fomenting warfare in that country, among other affronts to the order of things preferred by the West.

The fear, until recently, had been of an inadvertent clash between global powers — and indeed Turkey last year flirted with trouble by shooting down a Russian warplane. Now the United States and Russia have agreed to set up a Joint Implementation Center to delineate territory and choose targets for coordinated airstrikes against Islamic State and al-Qaida-linked jihadists beginning next week, according to U.S. officials. That kind of Western-Russian cooperation has rarely been seen and could resonate even beyond the Syria conflict.

But al-Qaida’s Syria affiliate is entwined with rebels the U.S. backs, raising concerns among Pentagon officials, who worry Moscow will target America’s proxies. Will the ambiguities of the map drive the two powers apart?

RUNNING OUT OF GAS

Some wars seem like they could last forever — think Afghanistan today or the Thirty Years’ War in Central Europe in the 17th Century. That tends to happen when no one is winning, as essentially is the case in Syria. But even then, the combatants tend to eventually run out of steam, or ammunition, or the patience of the world.

That happened 20 years ago in Bosnia, another conflict where tens of thousands were killed, masses of refugees fled to northern Europe, and the world community grew increasingly embarrassed at watching from the sidelines. Foreign intervention in the form of the U.S.-led Dayton Agreement froze the conflict in place and established an ethnic-based confederative structure in Bosnia — one that looked unwieldy but has somehow proven stable.

Could something similar be in store for Syria?

The sectarian hatreds stoked by Mideast wars and by Shiite Iran and Sunni Saudi Arabia make some sort of confederative system attractive to some, who argue Syria’s various sects and ethnic groups cannot be forced together after so much bloodshed.

And after more than 300,000 fatalities, the displacing of half the country’s population, the ruination of major cities like Aleppo and Homs, world impatience is certainly there, especially with social media and the internet delivering images of the horror as never before.

Through that prism, the extraordinary U.S.-Russia collaboration can seem like something almost predictable — and whose time has come.