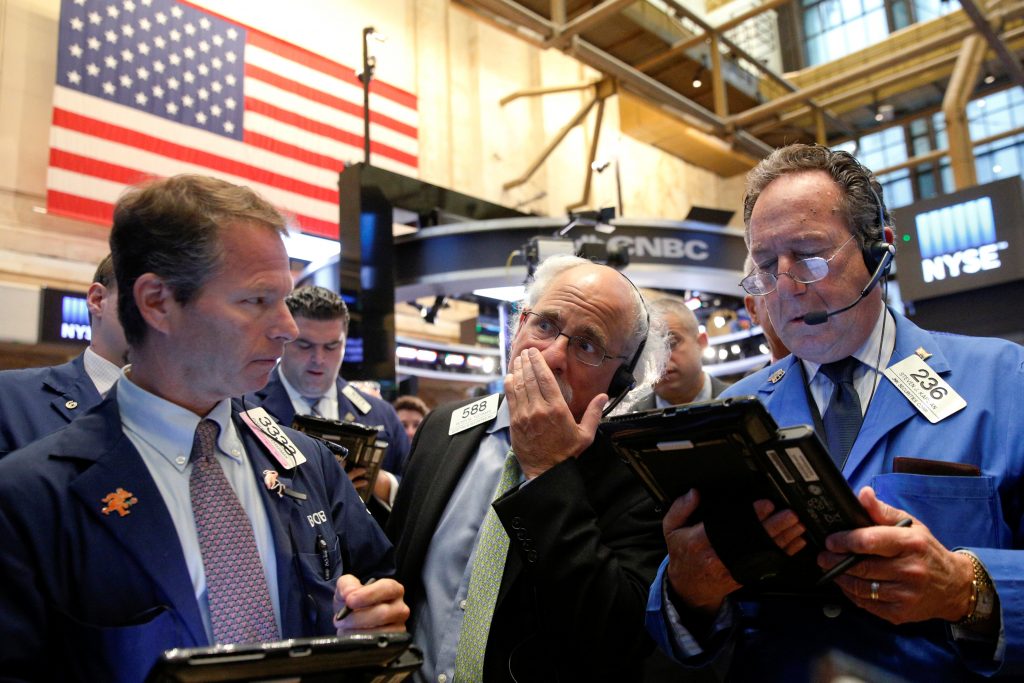 U.S. stocks are skidding Tuesday as investors worry that the global economy will grow at a slower rate, which would hurt a wide swath of businesses. The International Energy Agency said it expects slower growth in demand for oil this year. That’s pushing the price of oil down and sending energy companies lower. Banks and phone companies are also falling.

OIL: Crude prices fell Tuesday after the Paris-based International Energy Agency said it believes global demand for oil will grow by 1.3 million barrels a day in 2016. That’s 100,000 barrels below the previous forecast. The biggest reason for the change is a more pronounced economic slowdown during the third quarter of the year.

Slower economic growth has been a major worry for investors this year. It was a big reason stocks tumbled in January and early February. The price of oil has plunged over the last two years as an enormous supply glut built up while growth in demand slowed.

GOING DEEP: Anadarko Petroleum agreed to pay $2 billion to buy Freeport-McMoRan’s deepwater assets in the Gulf of Mexico. The move comes a little more than a year after activist investor Carl Icahn disclosed that he bought a stake in Freeport-McMoRan. Two directors backed by Icahn are now on the company’s board, and he has pushed Freeport-McMoRan to spin off its oil and gas business so it can focus on copper mining. Anadarko stock sank 45 cents to $57.34 and Freeport-McMoRan fell $1.02, or 9.2 percent, to $10.06.

SLIMMING DOWN: Weight Watchers International slumped 81 cents, or 7.8 percent, to $9.55 after the weight loss company said CEO James Chambers will step down at the end of the month. Chambers has been its CEO since 2013. Weight Watchers more than doubled after the company announced an alliance with Oprah Winfrey, who has touted the company’s products, bought a 10 percent stake, and joined the board of directors. But the stock has given up some of its gains lately. Weight Watchers said Winfrey will be part of the committee that names its next CEO.

READY TO LINE UP? Of the 30 stocks on the Dow Jones industrial average, only Apple traded higher. It rose $2.52, or 2.4 percent, to $107.96 after T-Mobile said preorders for Apple’s newest iPhones, introduced last week, are the strongest it has seen so far.