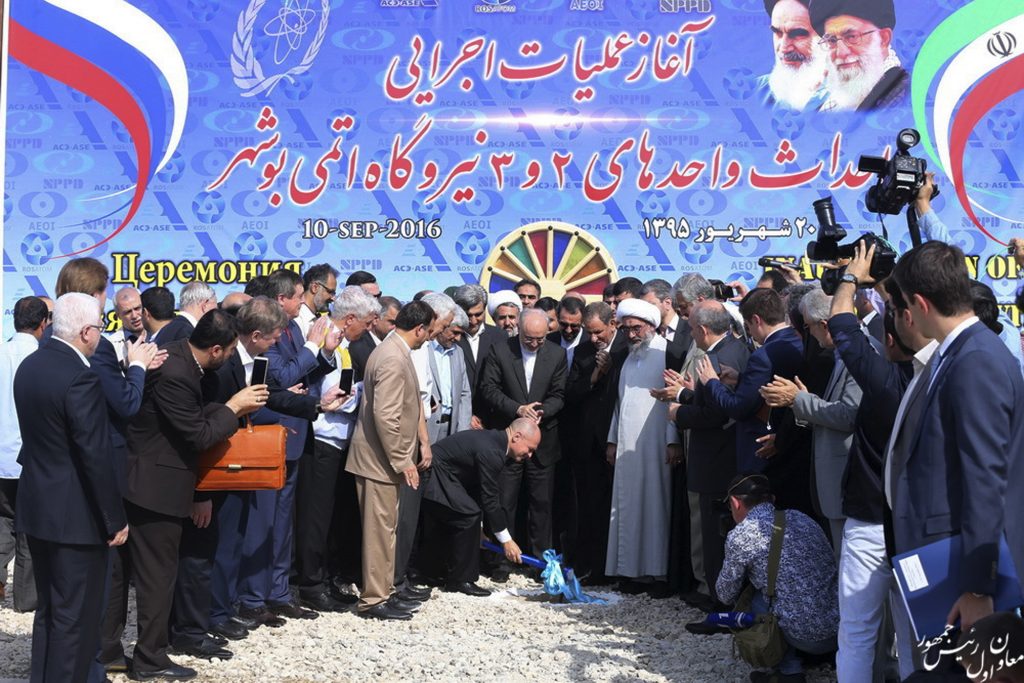 Iran’s powerful Revolutionary Guard on Tuesday unveiled a new high-speed vessel the force says is capable of carrying a helicopter and up to 100 people, Iranian state media reported.

The report follows a series of close encounters between American warships and Guard vessels in the Persian Gulf.

The channel showed a catamaran-type ship described as 55 yards long and 14 yards wide, carrying a light civilian helicopter, while the official IRNA news agency said its speed capability is 28 knots.

The vessel was painted with Supreme Leader Ayatollah Ali Khamenei’s call for U.S. forces to “Go back to the Bay of Pigs.” In May, Khamenei criticized the U.S. presence in the Persian Gulf region in an apparent reference to the 1961 failed invasion of Cuba’s Bay of Pigs by 1,500 CIA-trained exiles.

During Tuesday’s inauguration ceremony, Guard navy chief Adm. Ali Fadavi denounced American presence in the Gulf, saying it “is a cause of insecurity and lawlessness.”

Iran and the United States have had a history of close encounters. In August, a U.S. Navy ship fired three warning shots in the direction of an Iranian boat that was approaching another American ship head-on in the North Arabian Gulf. It was the third incident that day, and came just a day after four small Iranian boats approached the USS Nitze at high speed in the Strait of Hormuz. The boats veered off after the U.S. fired flares.

At the time, Iran’s semi-official Tasnim news agency quoted Gen. Hosein Dehghan as saying that “if any foreign vessel enters our waters, we warn them, and if it’s an invasion, we confront.” He added that Iranian boats patrol to monitor traffic and foreign vessels in its territorial waters.