National Louisiana Asks Congress for $2B for Flood Recovery
National 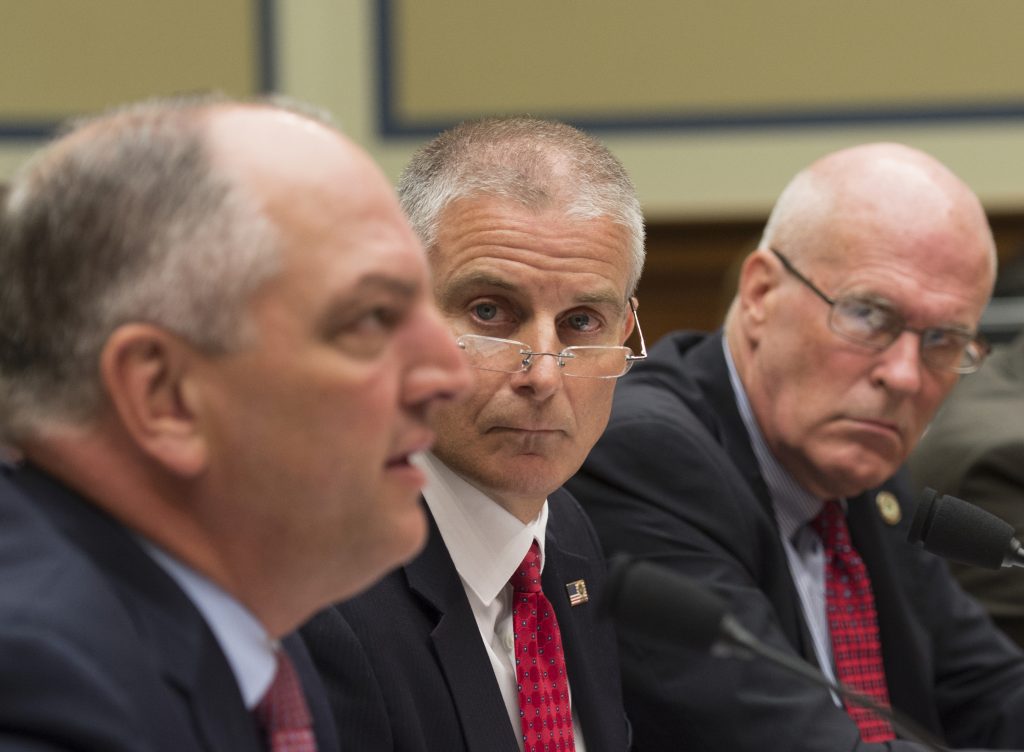 Louisiana Gov. John Bel Edwards on Friday appealed to Congress to approve $2 billion in aid for his state, part of a two-day trip to Washington to ask for federal help after catastrophic flooding.

At a House subcommittee hearing reviewing the federal response, Edwards said that the money is needed for housing, economic development and public works after August flooding that caused more than $8.7 billion in damage.

“Simply put, we cannot recover without it,” Edwards told lawmakers.

Edwards met with members of Congress and administration officials, and he and Louisiana lawmakers hope flood aid can be part of spending legislation that Congress must soon pass to keep the government operating past month’s end.

The Democratic governor praised the federal response so far but urged the Federal Emergency Management Agency (FEMA) to speed up delivery of manufactured housing units for thousands of displaced residents.

“While the response with manufactured housing units has been quicker than any other Louisiana disaster, it has not been fast enough for the families in Louisiana who have lost their homes and have no place to go,” Edwards said.

FEMA officials have said the mobile homes are larger and require more preparation than the heavily maligned FEMA trailers moved into Louisiana after Hurricane Katrina in 2005. Those were derided as cramped and toxic with formaldehyde.

Rep. John Mica, chairman of the House Oversight and Government Reform subcommittee that held the hearing, said he only saw one functioning mobile housing unit on a trip to the area two weeks after the flood. Under questioning from Mica, R-Fla., FEMA regional administrator Tony Robinson was not able to say how many units are built and functioning.

“I’ll have to get back with you on that,” Robinson said.

A storm that began on Aug. 12 dumped as much as two feet of rain in some parts of Louisiana over two days, and the flooding has been described as the worst disaster in the U.S. since Superstorm Sandy struck the East Coast in 2012. Flood damage has been documented to more than 55,000 houses in Louisiana, and that could double as aid applications and inspections continue.

Mayors from the flooded region testified and asked for more help from the federal government. They said federal assistance has been inadequate in many cases, and they cited a lack of communication with federal officials and arcane rules for a slow recovery. Mayor Jr. Shelton of Central, Louisiana, said he had no direct point of contact with FEMA for three weeks after the disaster.

“That debris that’s out there? That’s not debris, it’s people’s lives,” Shelton said. “We have suicides, we have mental breakdowns, we have families being torn apart.”

Edwards said the state’s housing need is projected to exceed $1.2 billion. He is also asking for Congress to help the state rebuild its transportation network after many roads were washed out, and money for mental health and support services for families, among other requests.

He said the longer it takes to get federal money, more people will decide to leave their homes and communities.

“We will see a much longer, harder road to recovery,” he said.