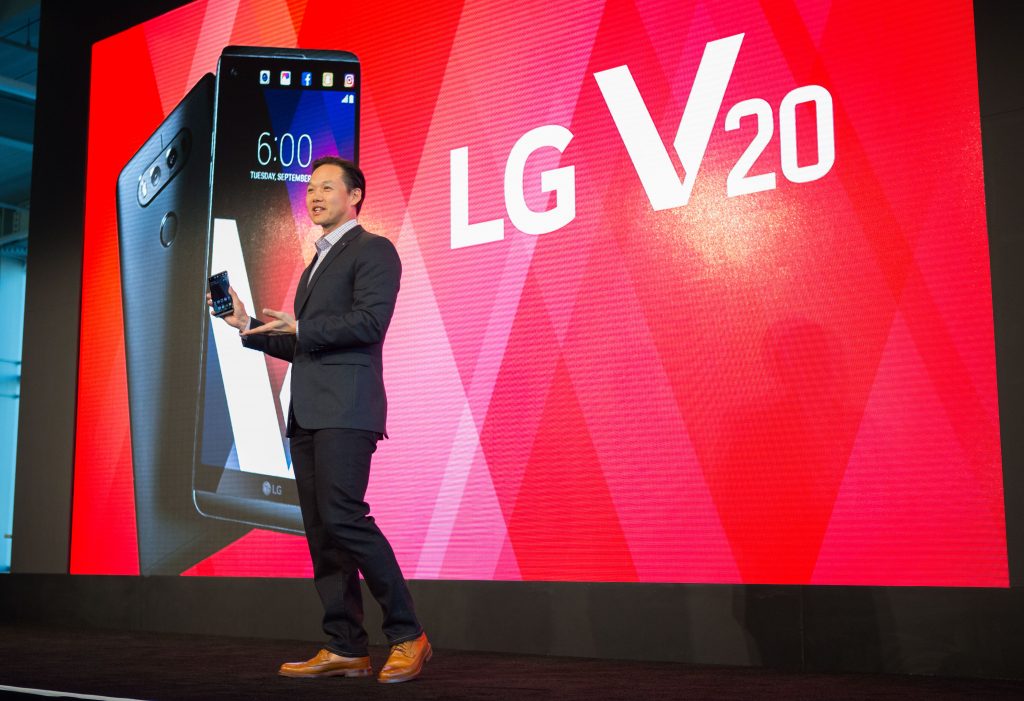 LG is unveiling the first phone to ship with Google’s new Android Nougat software, in hopes of appealing to people who like to take and share photos and video.

The new V20 phone comes on the eve of a San Francisco event where Apple is expected to launch new iPhones.

Nougat is already available as a free upgrade on some Google phones under the Nexus brand. The V20 would be the first with Nougat already installed. Other phones aren’t likely to get Nougat for a while because individual phone makers and wireless carriers have to tweak and test the new software first.

Many of the Android improvements in Nougat are “under the hood” and thus largely invisible, such as tweaks to reduce battery consumption and cellular data use.

The most obvious changes include the ability to run two apps side by side, something Samsung and LG have offered on their phones on a limited basis. Nougat will also let people reply to messages within notifications, something Apple already offers on iPhones.

Like LG’s G5 phone, which it released in April, the V20 will have two lenses on the main camera – one for regular pictures and one with a wide angle to capture more of the scene. Unlike many other top-line phones, the V20 features a replaceable battery.

The V20 is expected in South Korea this month, with other markets, including the U.S., to follow. LG didn’t immediately announce prices.

Apple also plans to update its phone software this month. The update, iOS 10, will come with new messaging and photo features and more detailed notifications on the lock screen. Existing iPhone users will be encouraged to upgrade to the software for free. New iPhones expected to be unveiled Wednesday will come with iOS 10.